STEFAN KOLDEHOFF, born in 1967, is culture editor at Deutschlandfunk in Cologne, and writes for Die Zeit and art - Das Kunstmagazine among other publications. In 2008 he received the Puk journalist prize for his investigative research. Koldehoff and Tobias Timm are the author of Art and Crime, and in 2012, they published False Pictures, Real Money on the Beltracchi case. The book was awarded the Prix Annette Giacometti and the Otto Brenner Prize. Galiani also published his books The Pictures Are Among Us: The Nazi-Looted Art Business and the Gurlitt Case (2014) and Me and Van Gogh: Pictures, Collectors and Their Adventurous Stories (2015). KOLDEHOFF and TOBIAS TIMM were recently counted among the 100 most influential people in the art business by the national German magazine monopol. 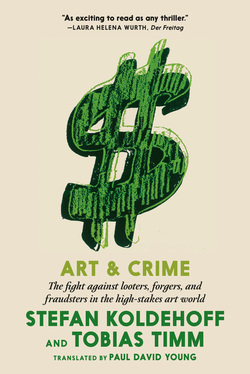 by Stefan Koldehoff and Tobias Timm