by Tom Athanasiou and Paul Baer 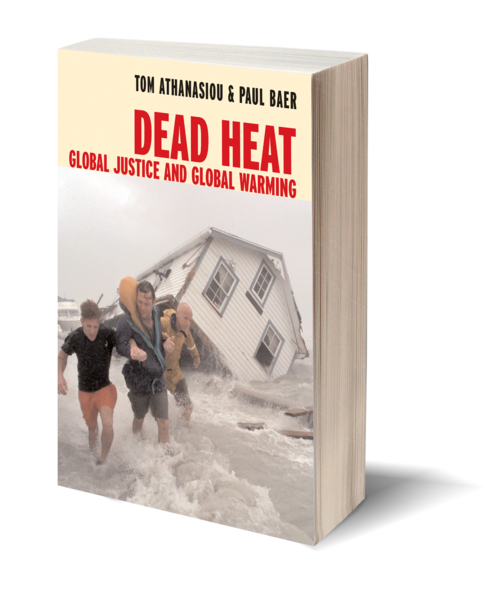 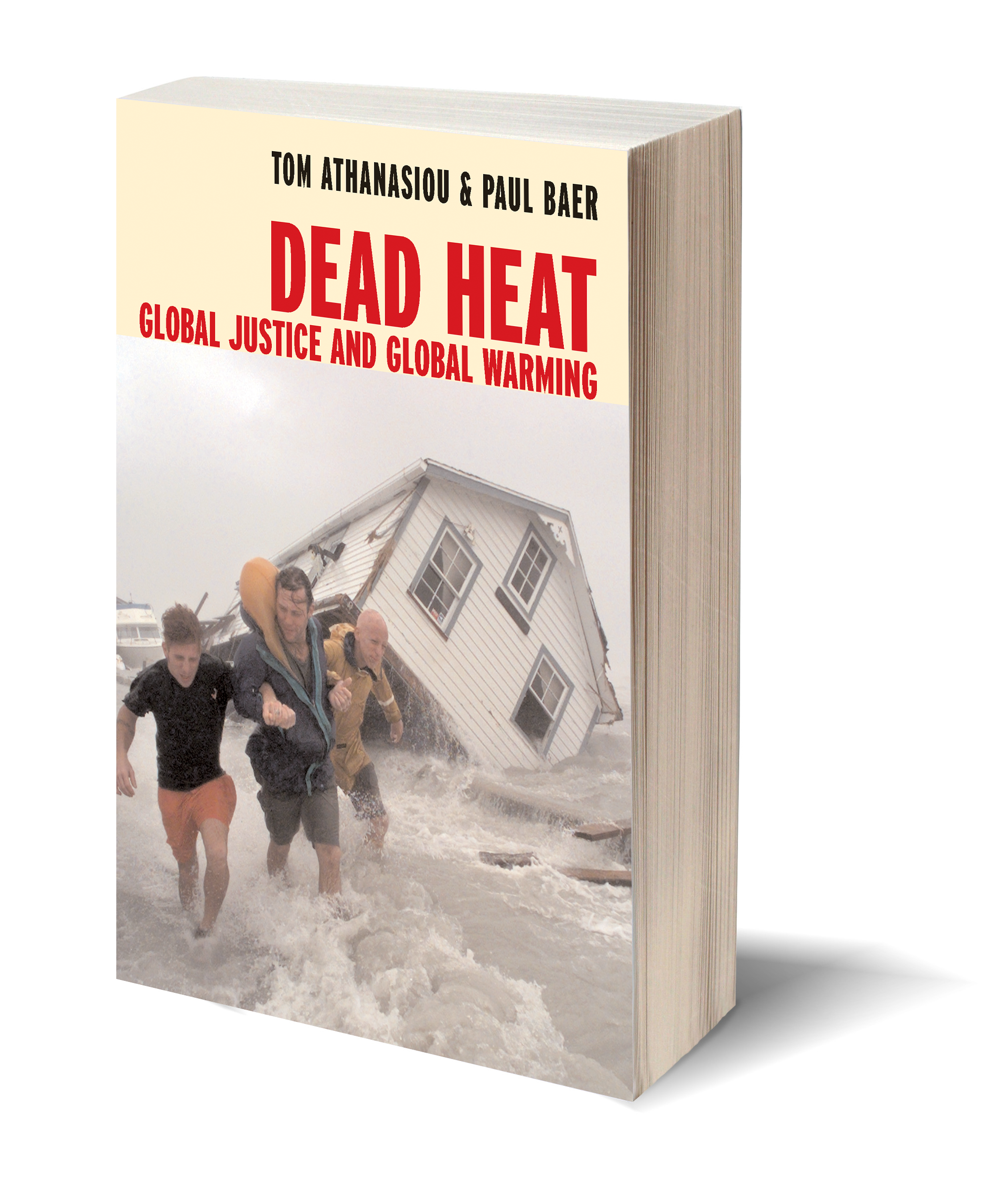 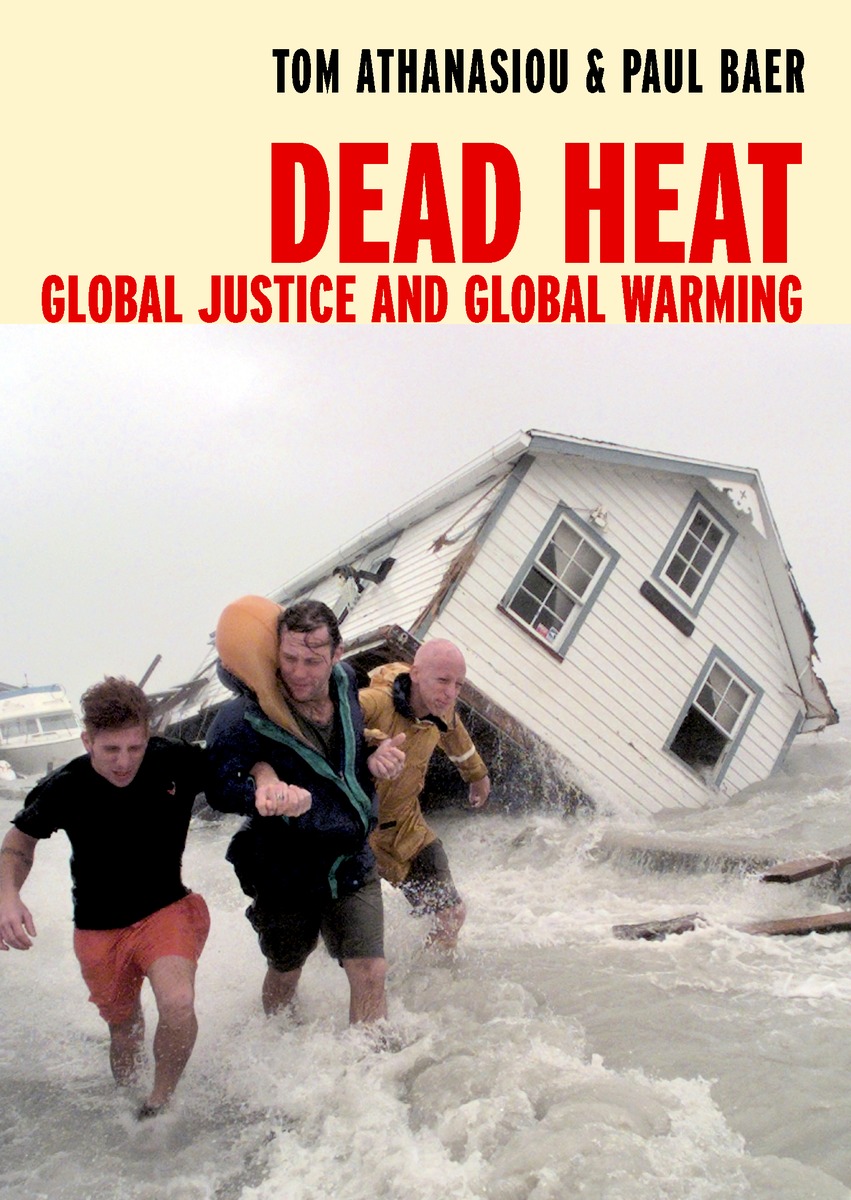 At first the Bush administration said the jury was still out—that no one could be sure if the Earth was warming, and, even if it was, no one could be certain that human pollution was to blame. Then, unable to line up any real scientific support for this now absurd position, it quietly changed its tune. Eventually, Bush said that we must adapt to climate change. U.S. climate policy, in other words, is: get used to it. Tom Athanasiou and Paul Baer couldn't disagree more. In their brilliantly argued new book, Dead Heat: Global Justice and Global Warming, they explain that, even in the face of accelerating climate change, we still have intelligent choices available, and can still hold the warming below catastrophic levels. The book explains how.

Today's "extreme weather" events (record-breaking heat waves, droughts, and melting ice caps) foreshadow an increasingly unstable and dire future. Yet, despite all, the Bush administration continued to reject the Kyoto Protocol, to deny the catastrophic consequences of oil dependency, and to define the politics of oil as the politics of U.S. unilateralism, domination, and war. In Dead Heat, Tom Athanasiou and Paul Baer explain the threat and the science of drawing the line before it becomes real. This science (and their sources are the very latest) demonstrates that, if greenhouse pollution is not drastically reduced, the earth's climate system is likely to shift—and perhaps soon—onto a terrifying and irreversible path. Then, on this grim ground, they proceed to argue that only a social justice approach can shape the necessary compromise between the rich world and the poor; that, in effect, justice can make it possible to cut a path to sustainability, even on this, a planet riven with explosive national, ideological, and class divides.

The problem is time. Today, the global average surface warming is only 0.6 degrees Centigrade, and already the climate is changing fast. And the science shows that any future in which we hold the warming to a maximum of 2°C (and 2°C, by the way, would mean massive destruction) will require decisive global action; something like a "global Marshall Plan" but tuned, particularly, to sustainable energy development. It comes to this: the emissions trajectories and climate sensitivity indexes show, in mercilessly unambiguous terms, that even if we move quickly to cap global carbon emissions, the impact of the warming will soon become quite severe, and that in the more pessimistic case, where the fossil-fuel cartel remains in power, its impact will be shattering.

Dead Heat argues that justice—not rhetoric and "aid" but real developmental justice for the people of developing world—is going to be necessary, and surprisingly soon. It argues, more particularly, that such a justice must involve a phased transition from the Kyoto Protocol to a new climate treaty based on equal human rights to emit greenhouse pollutants. Dead Heat makes the case for climate justice, but insists that justice and equity, for all their manifold ethical and humanitarian attractions, must also be seen as the most "realistic of virtues." It insists, in other words, that our limited environmental space will itself show that it is the dream of a "business as usual" future that is naive and utopian.

“A fine and ferocious writer.” 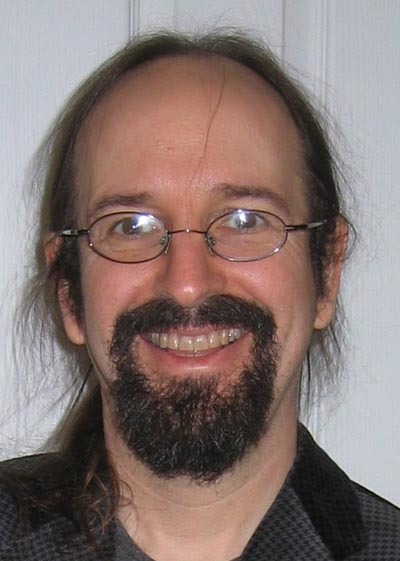 An interdisciplinary climate change and energy policy specialist, Paul Baer is Research Director at EcoEquity, a global climate justice think tank. He is co-author of Dead Heat: Global Justice and Global Warming, and his previous research at the University of California, Berkeley, has focused on both ecological and economic modeling and on the equity implications of various climate policy decisions. 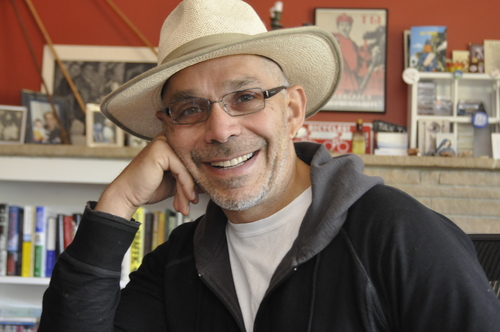 A longtime green activist and technology critic, Tom Athanasiou is the author of dozens of essays on environmental and techno-scientific politics, as well as co-author of Dead Heat: Global Justice and Global Warming. In 1996, his first book was published—in the United States as Divided Planet: The Ecology of Rich and Poor, and in England as Slow Reckoning: The Ecology of a Divided Planet. His interests focus on class division and distributive justice within finite environmental spaces.