An Illustrated Biography of Fidel Castro

by Néstor Kohan and Nahuel Scherma 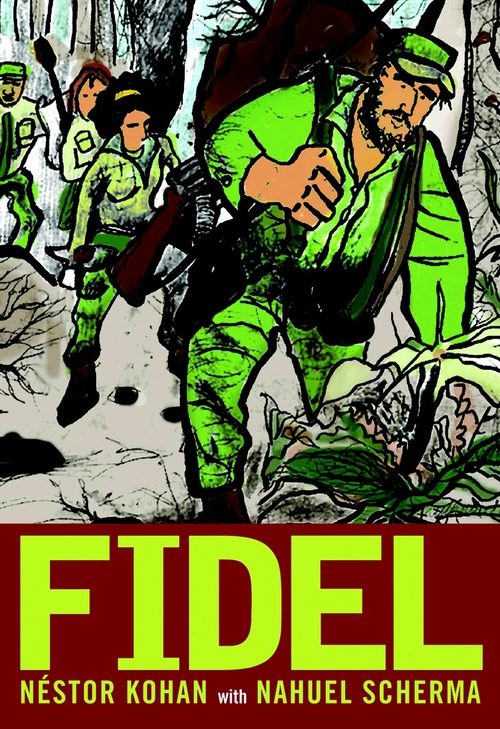 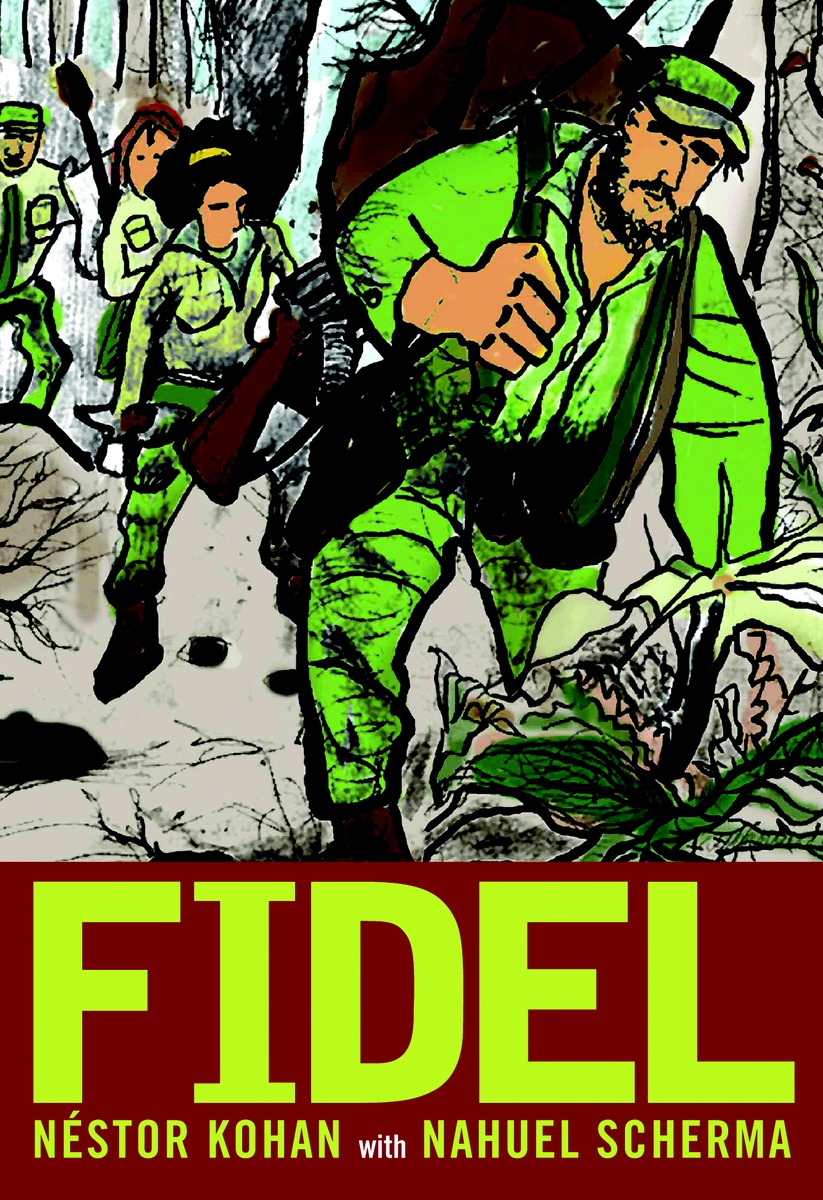 With additional illustrations by Miracle Jones

In the United States, ninety miles from Cuban shores, tempers flare on the subject of Fidel Castro: some say he is a liberator, some say a dictator. In Fidel, Nestor Kohan and Nahuel Scherma present one of the towering figures of the twentieth-century as he is seen by Latin Americans: as the leader who, for over fifty years, has stood up to the greatest military power in the world, and remained standing.

Here, in Kohan's incisive prose and Scherma's passionate illustrations, is the man who, inspired by decades of Latin American Marxist thinking, fought from the mountains of the Sierra Maestra to free his country—the man who walked the razor's edge between military threats by the United States and political coercion by the Soviet Union—the man who became a leader in the revolution against colonial governments from Angola to Vietnam to Latin America—the man who fought, above all, to transform the conscience of his people, spreading literacy, culture, and free medical care to everyone on the island. Here is Fidel—the man who became the symbol of the revolution in the New World. 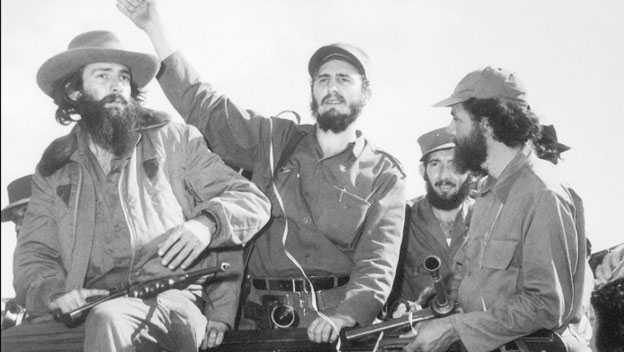 The death of Fidel Castro has occasioned mourning, celebration, a New York Times obituary sixty-seven years in the making, and appraisals of El Comandante’s political work from all across the globe.

Castro is man about whom it’s impossible to be objective. There’s no denying that the Times obituary, for instance, is measured and thoughtful, and yet a cold eye can detect The Gray Lady tipping her hand at times. Why, one might, ask are the acts of torture perpetrated by the Batista regime mentioned only as an aside, and as reported speech ("[Castro] complained that the United States had raised not a whimper when Mr. Batista had tortured and executed thousands of opponents.”) and not as an historical fact that precipitated insurrection? Castro’s victory in ’59 was the end result of activity against colonial oppression that had been fomenting in Cuba for close to a century. And yet from the Times obit one might gather that the revolution in Cuba was nothing more than the escapade of a group of determined young rabble-rousers.

It remains to be seen whether history will indeed absolve Fidel. But what we can do now is to read through diverse sources on the subject of Castro’s regime—not just media published by corporations that stand to gain smearing any anti-capitalist resistance.

Seven Stories has published three great texts on Castro and Cuba: Néstor Kohan and Nahuel Scherma’s Fidel, an impassioned, illustrated biography of the titular leader; the Spanish edition of Fidel from our Siete Cuentos imprint, and Tom Hayden’s Listen, Yankee!, a detailed analysis of U.S.-Cuban relations that predicted this year’s détente. We hope you’ll take a look.

Below for your enjoyment are three pages from Fidel which take on underreported elements of Castro’s life and work: 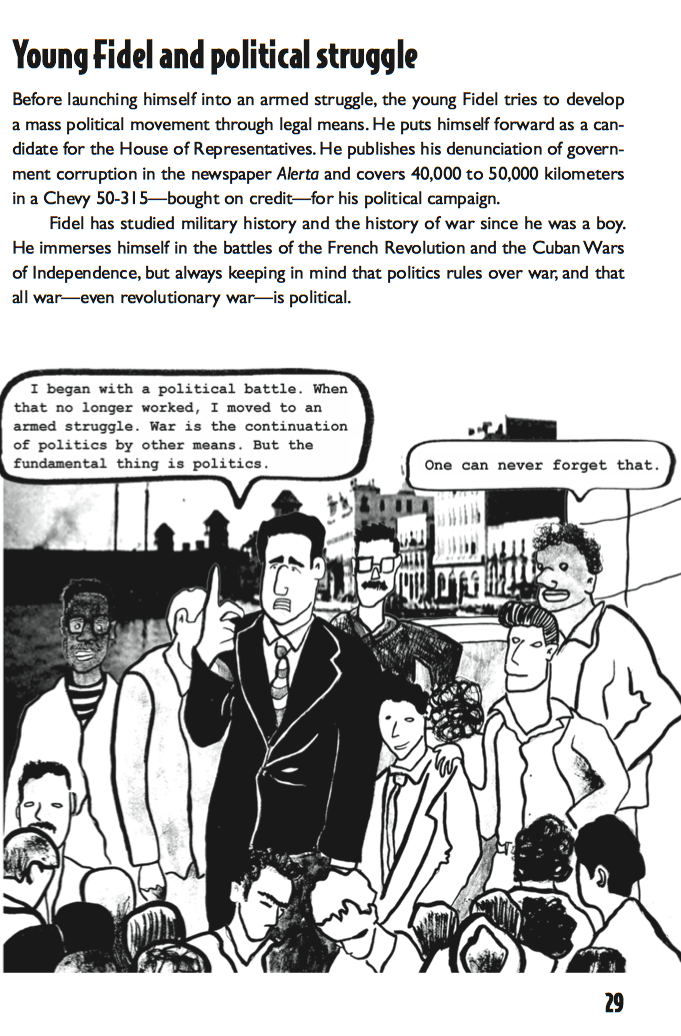 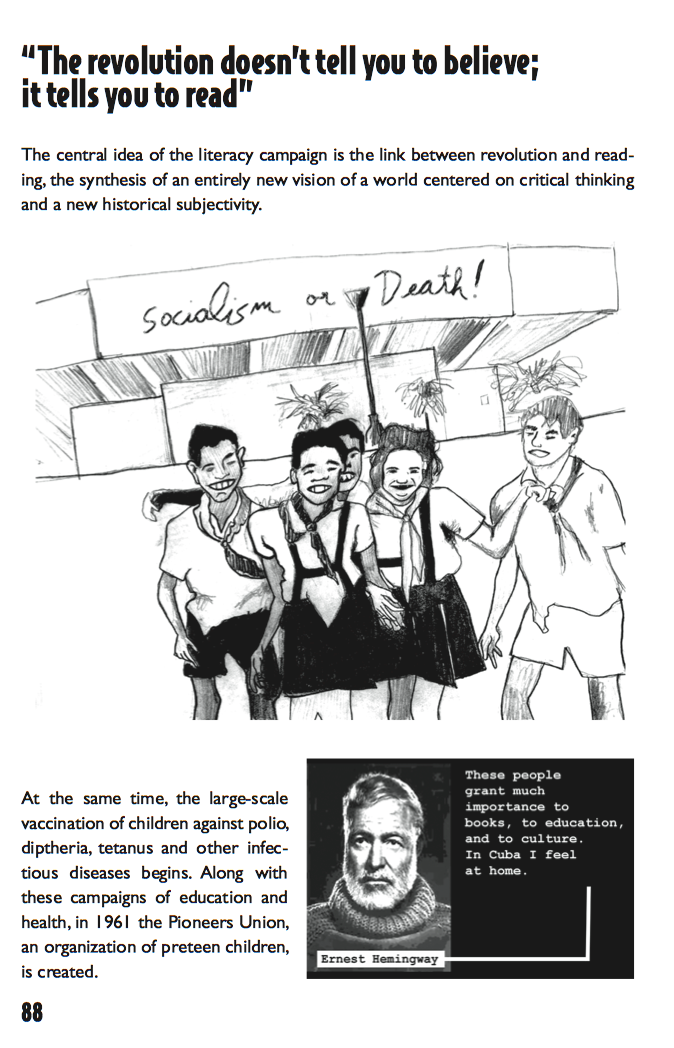 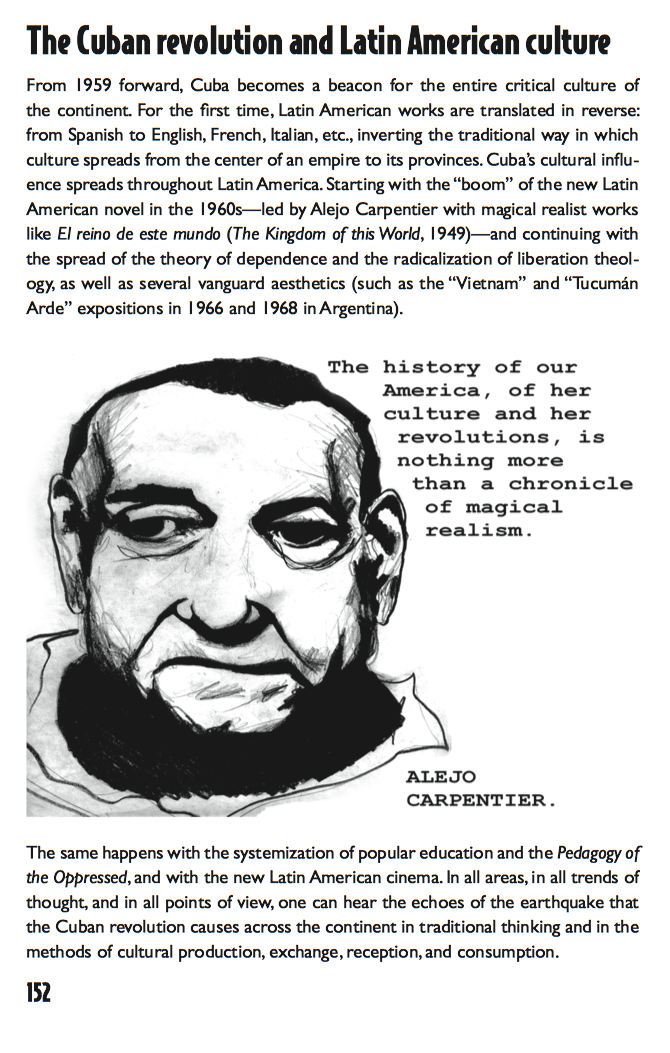 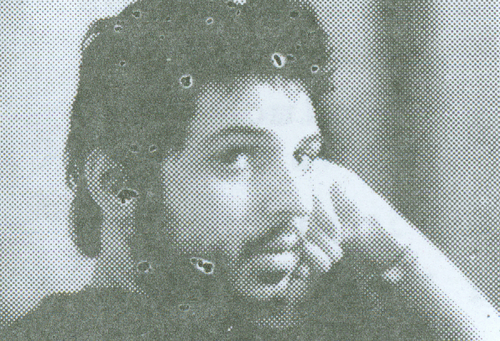 Nahuel Scherma is an Argentinian filmmaker, illustrator, and documentarian. 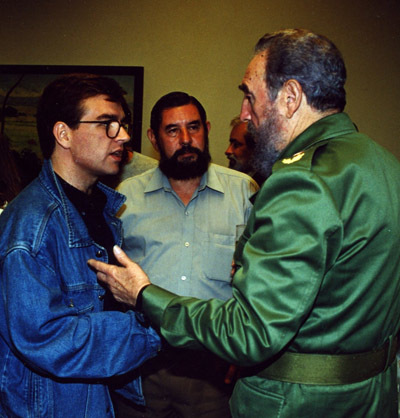 Born in Buenos Aires in 1967, NÉSTOR KOHAN is the author of a number of Spanish-language books on Marxism, Che Guevara, Fidel, and social movements in Latin America.

Other books by Nahuel Scherma 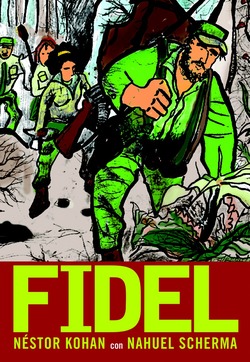 by Néstor Kohan and Nahuel Scherma