Inversions of the Apocalypse

by Boris Gunjević and Slavoj Žižek 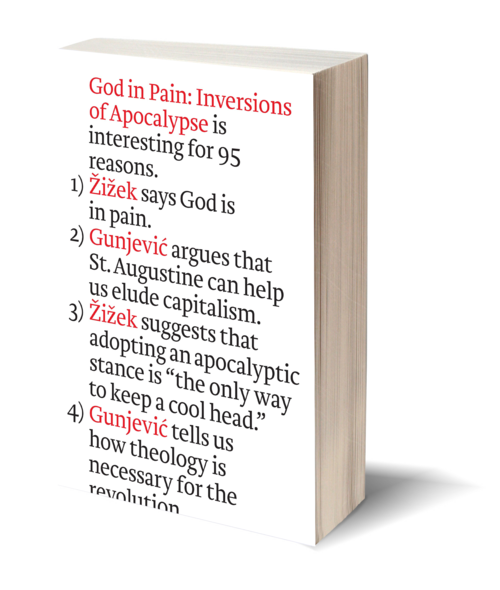 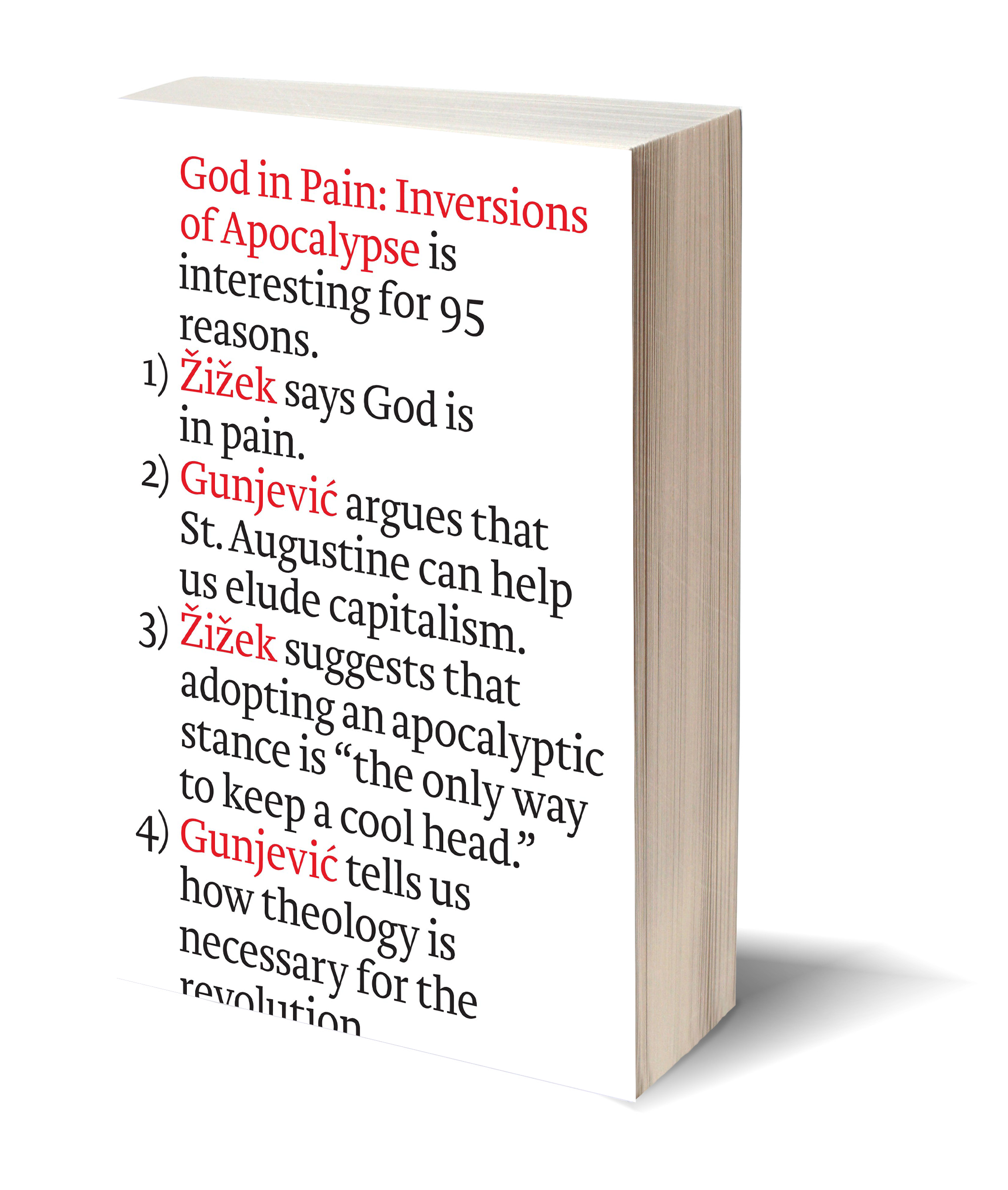 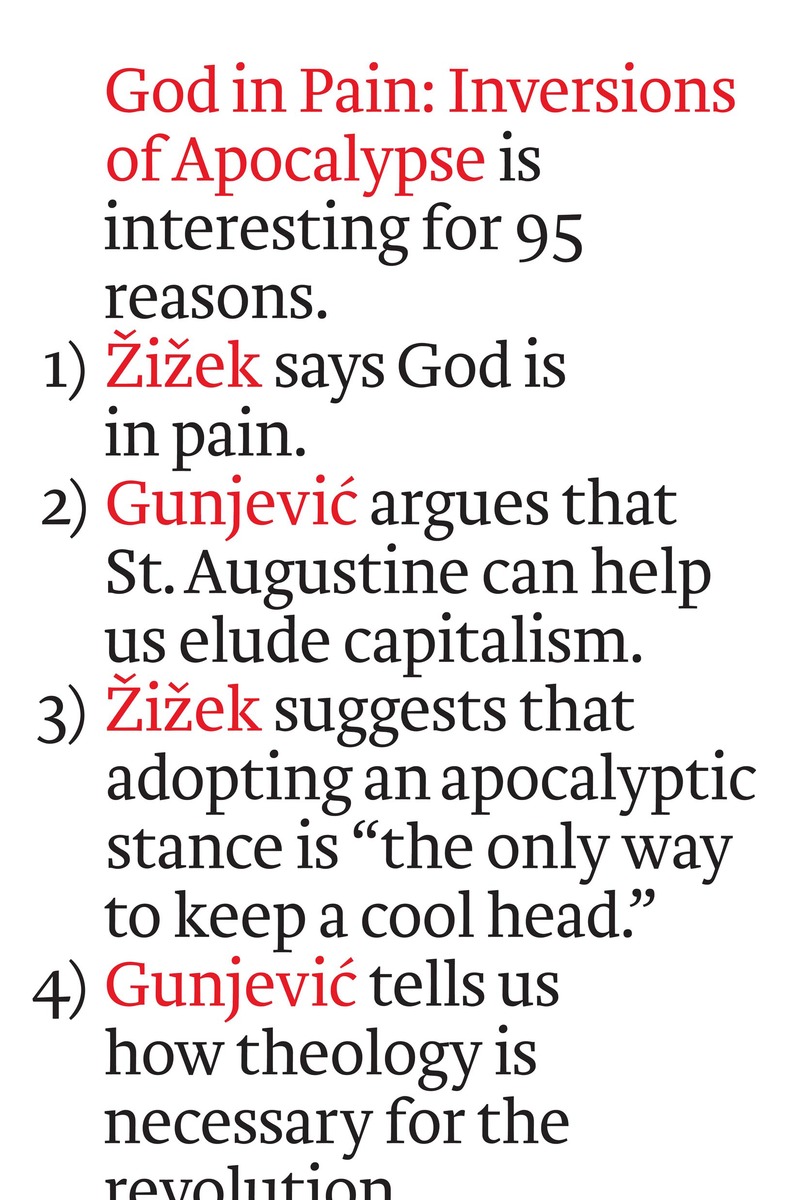 In God in Pain: Inversions of Apocalypse, pyrotechnic Marxist theorist Slavoj Žižek and radical theologian Boris Gunjević offer us not a religious text but a critical inquiry, a work of faith not in God but in the human intellect. With his contagious zeal and his genius for unlikely connections, Žižek calls the bluff on the West's alleged atheism and contemplates the bewildering idea of an Almighty that both suffers and prays. Taking on Žižek's gambits and proposing his own, Gunjević issues a revolutionary clarion call for theology that can break the back of capitalism's cunning "enslavement of desire." With gripping examples and razor-sharp logic, Žižek and Gunjević invoke thinkers from Augustine to Lacan and topics ranging from Christian versus "pagan" ethics to the "class struggle" implied in reading the Qur'an and the role of gender in Islam. Together, they confirm and dissect faith in the twenty-first century, shaking the foundations of the Abrahamic traditions.

“Zizek has only to clap eyes on a received truth to feel the intolerable itch to deface it … Zizek is that rare breed of writer—one who is both lucid and esoteric. If he is sometimes hard to understand, it is because of the intricacy of his ideas, not because of a self-preening style.”

“The most dangerous philosopher in the West.” 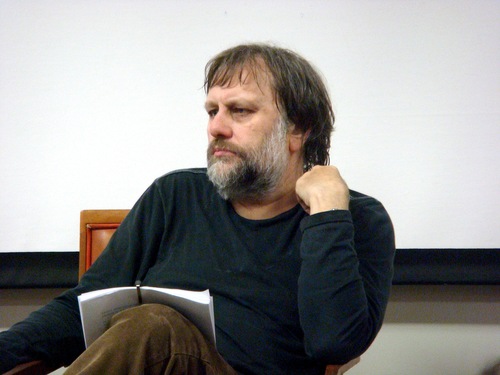 Philosopher and cultural critic Slavoj Žižek is internationally recognized for his works on psychoanalysis, Hegel, cinema, political theory, and current events. He teaches at the European Graduate School and has been a visiting professor at Université de Paris VIII, Columbia, and Princeton, among other institutions. He is founder and president of the Society for Theoretical Psychoanalysis in Ljubljana, Slovenia, and is the author of many books on topics ranging from Christianity to the films of David Lynch.

BORIS GUNJEVIĆ is a theologian, priest, and professor of history of philosophy and liturgy. He has taught in several schools and theological colleges on systematic theology, radical theology, and the history of philosophy, among other subjects. He is the co-author of God in Pain: Inversions of the Apocalypse with Slavoj Žižek, and his forthcoming books include A Handbook for Militant Research and The Carpentry of John Milbank. He lives in Zagreb.

Other books by Slavoj Žižek 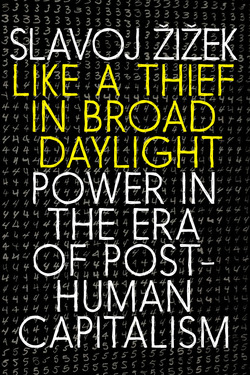 Like a Thief in Broad Daylight: Power in the Era of Post-Human Capitalism