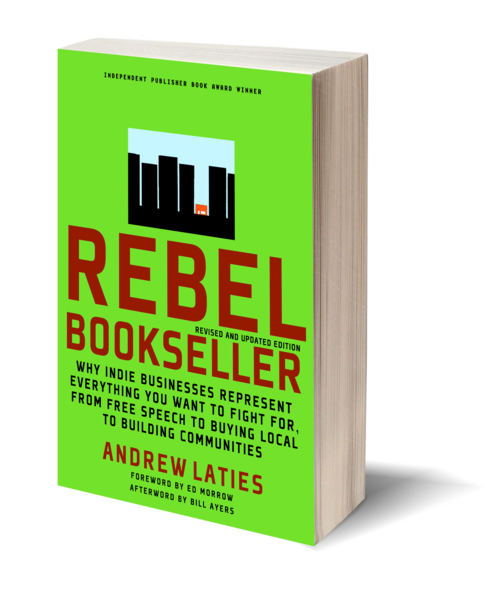 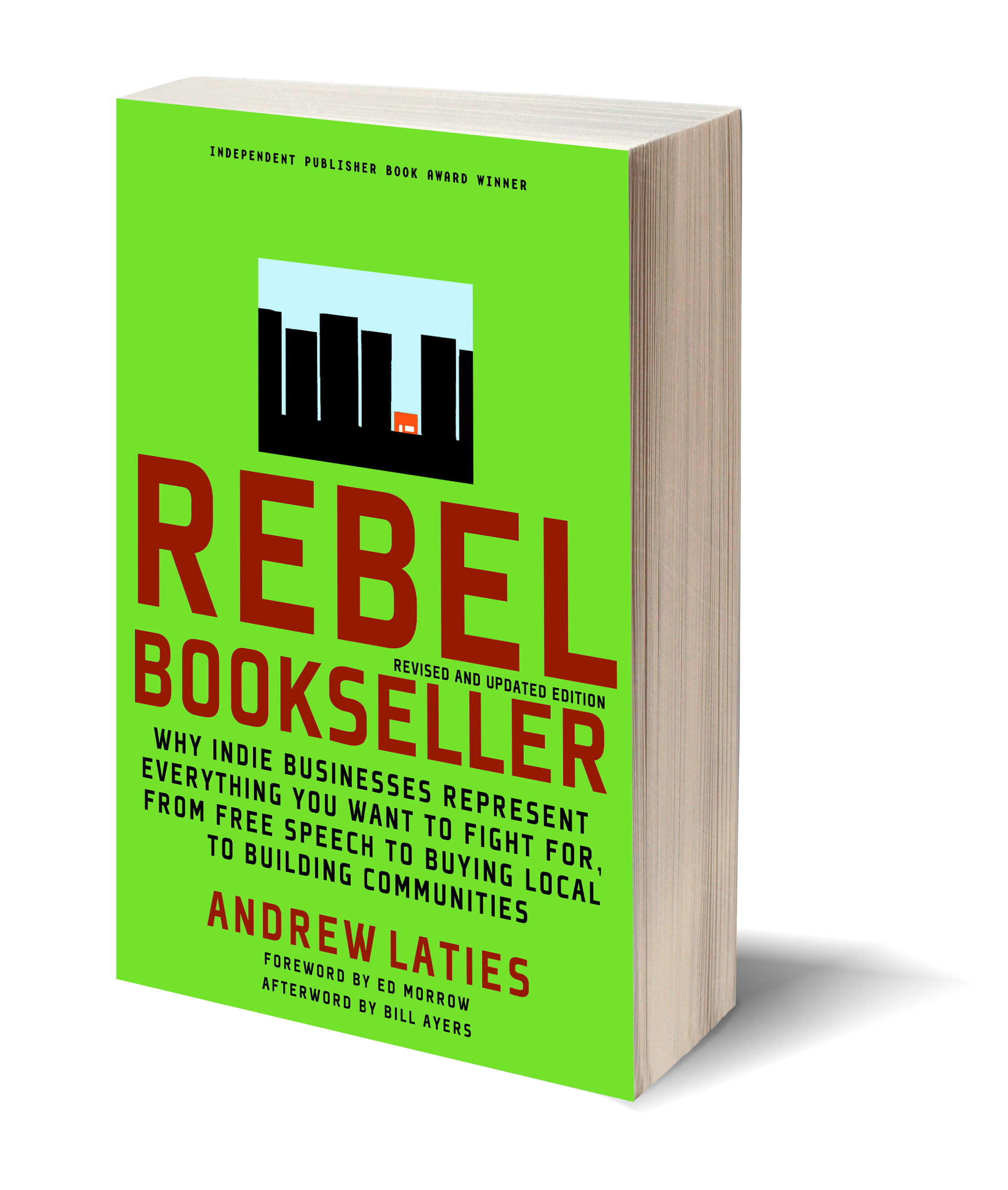 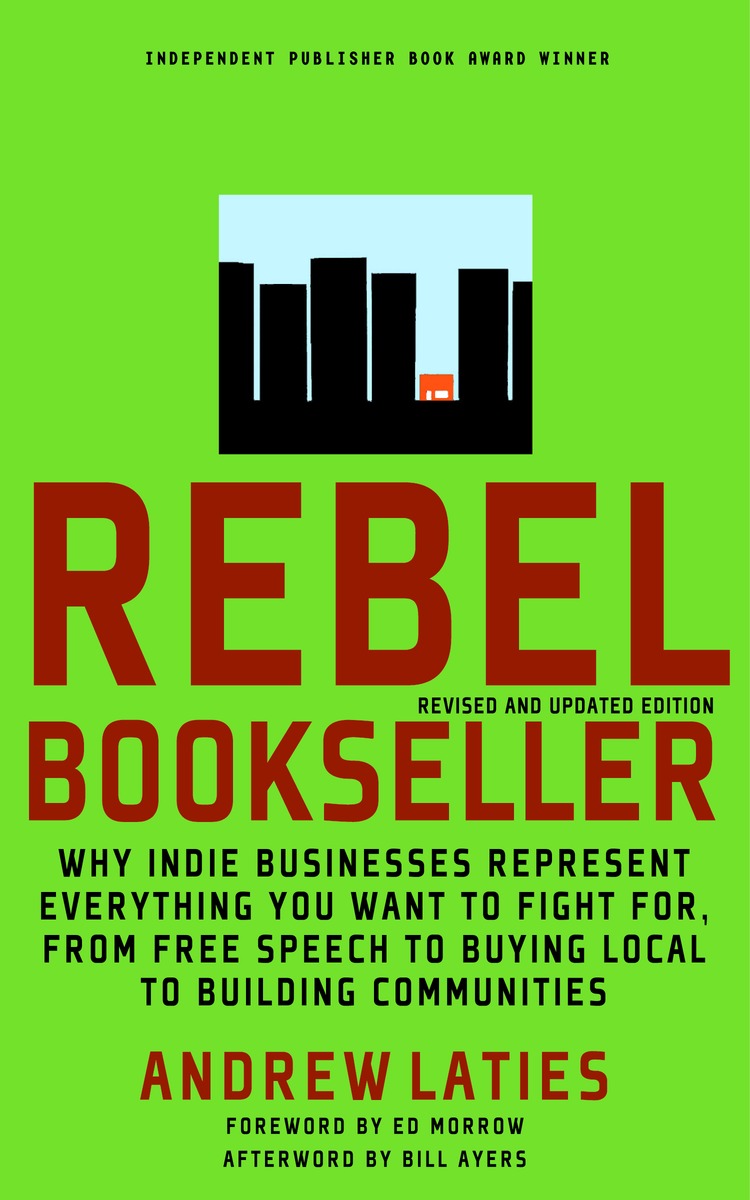 With an Introduction by Edward Morrow

Andy Laties has launched five bookselling companies in the past thirty years. In 1987, he won the Women's National Book Association's Pannell Award for his innovative community outreach work at The Children's Bookstore in Chicago. After ten years as an American Booksellers Association School instructor, Andy wrote Rebel Bookseller: How To Improvise Your Own Indie Store And Beat Back The Chains, published by Vox Pop, which won the 2006 Independent Publisher Award for best book about writing and publishing.

In Rebel Bookseller: Why Indie Businesses Represent Everything You Want to Fight for—From Free Speech to Buying Local to Building Communities, Andrew Laties tells how he got started, how he kept going, and why he believes independent bookselling has a great future. He alternates his narrative with short anecdotes, interludes between the chapters that give his credo as a bookseller. Along the way, he explains the growth of the chains, and throws in a treasure trove of tips for anyone who is considering opening up a bookstore.

Rebel Bookseller is a must-read for those in the book biz, a testament to the ingeniousness of one man's story of making a life out of his passionate commitment to books and bookselling.

“Everything you always wanted to know about the book business but were afraid to ask.”

“Andy has put so much passion into his book that it is impossible to read before bed: the book incites a disturbing concoction of adrenalin and hormones that rages against that good night. Not only does Andy not go gently there, he refuses to go, period. This book is heartfelt and honest.”

“Of special note are the wealth of anecdotes, innovations in book selling, and the cogent 'real world' advice for anyone contemplating starting up an independent bookstore of their own. Informed and informative, occasionally inspired and inspiring, Rebel Bookseller is very highly recommended reading.”

“The revival of independent bookselling has already begun and is one of the amazing stories of our times. Laties wrote the first edition of Rebel Bookseller six years ago, hoping it would spark a movement. Now, with this second edition, his book can serve as a rallying cry for everyone who wants to better understand how the rise of the big bookstore chains led irrevocably to their decline, and how even in the face of electronic readers from three of America's largest and most successful companies—Apple, Amazon and Google—the movement to support locally owned independent stores, especially bookstores, is on the rise. So, yes—despite the pessimistic cries from doomsayers—the book is not dead.”

“Andy Laties has been a huge inspiration to me and many of my fellow booksellers, and his passion is as galvanizing as his business models. Not every one of his self-proclaimed wild ideas will make sense for every store or in every market (that's the nature of independents), but the very fact of someone out there turning received wisdom about the book business on its head, and thinking about things in truly new and optimistic ways, has made a difference that can be seen in the new crop of indie bookstores that has sprung up in recent years. We owe a lot to Andy for shaking things up, and I'm excited about this new edition getting out there and blowing the minds of even more book people.” 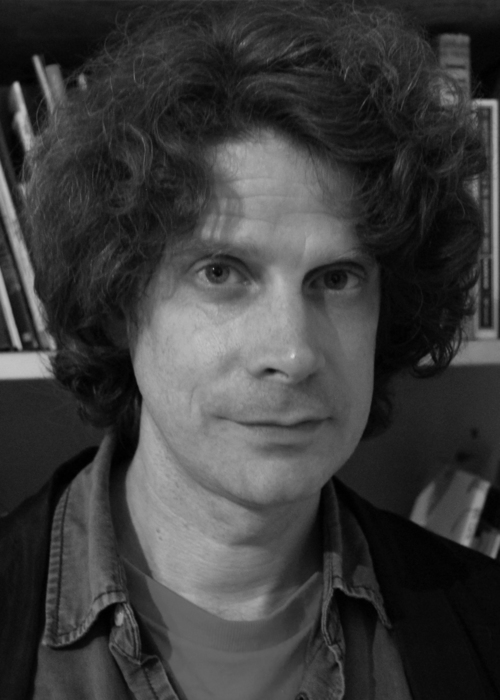 Currently the manager of Bank Street bookstore, one of the leading children’s bookstores in the United States, ANDREW LATIES has founded organizations including The Children’s Bookfair Company, Children’s Museum Store, Povertyfighters.com, The Eric Carle Museum Bookshop, and Vox Pop. He is the author of Rebel Bookseller: Why Indie Businesses Represent Everything You Want to Fight for—From Free Speech to Buying Local to Building Communities. He shared the 1987 Lucile Micheels Pannell Award for bringing children and books together.