Military Tribunals and the Threat to Democracy 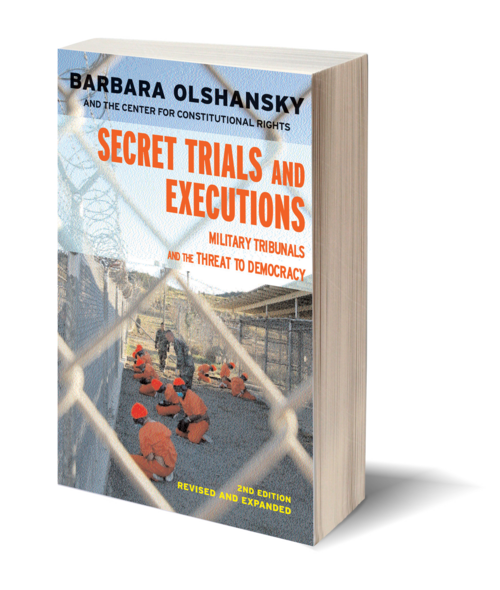 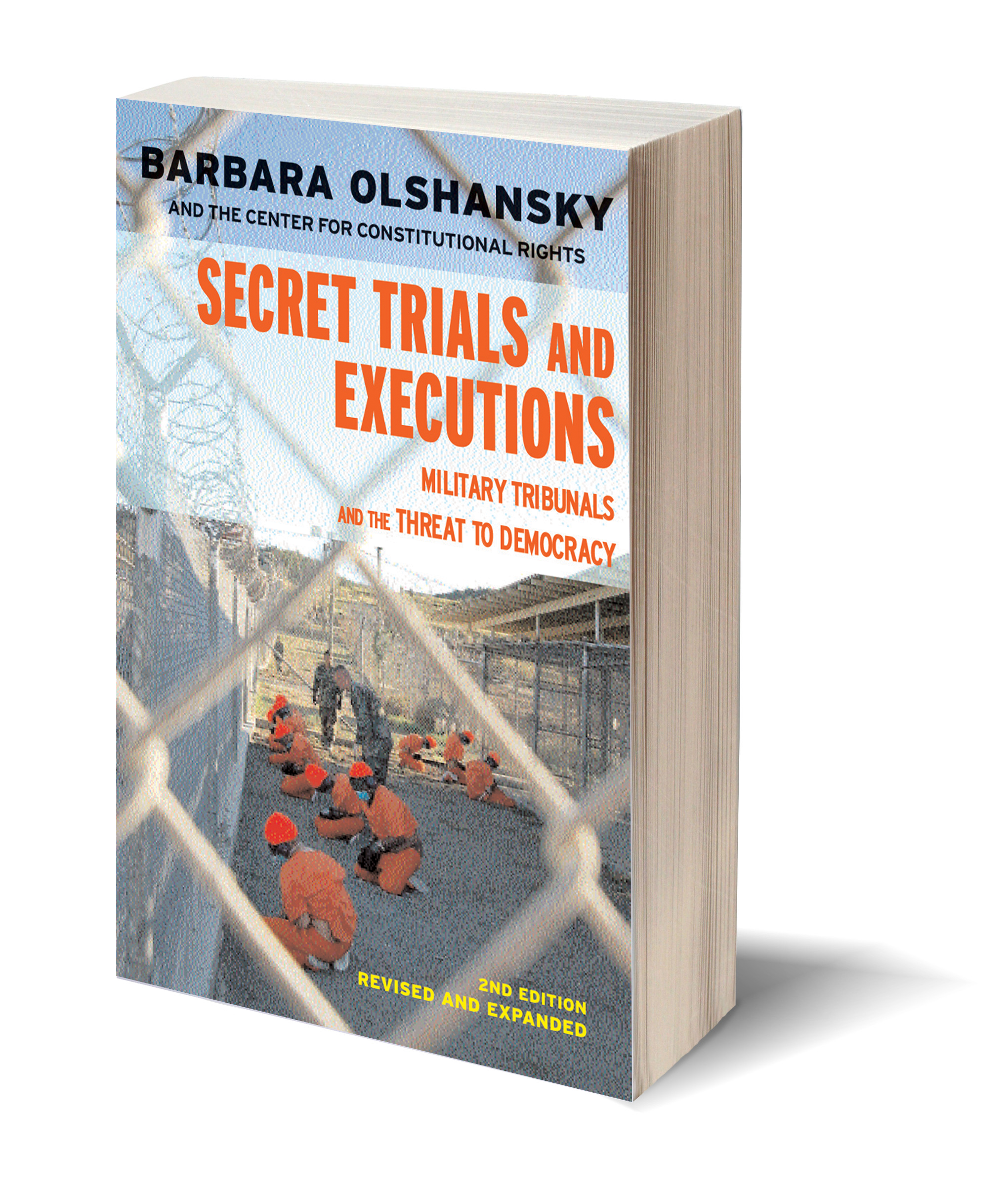 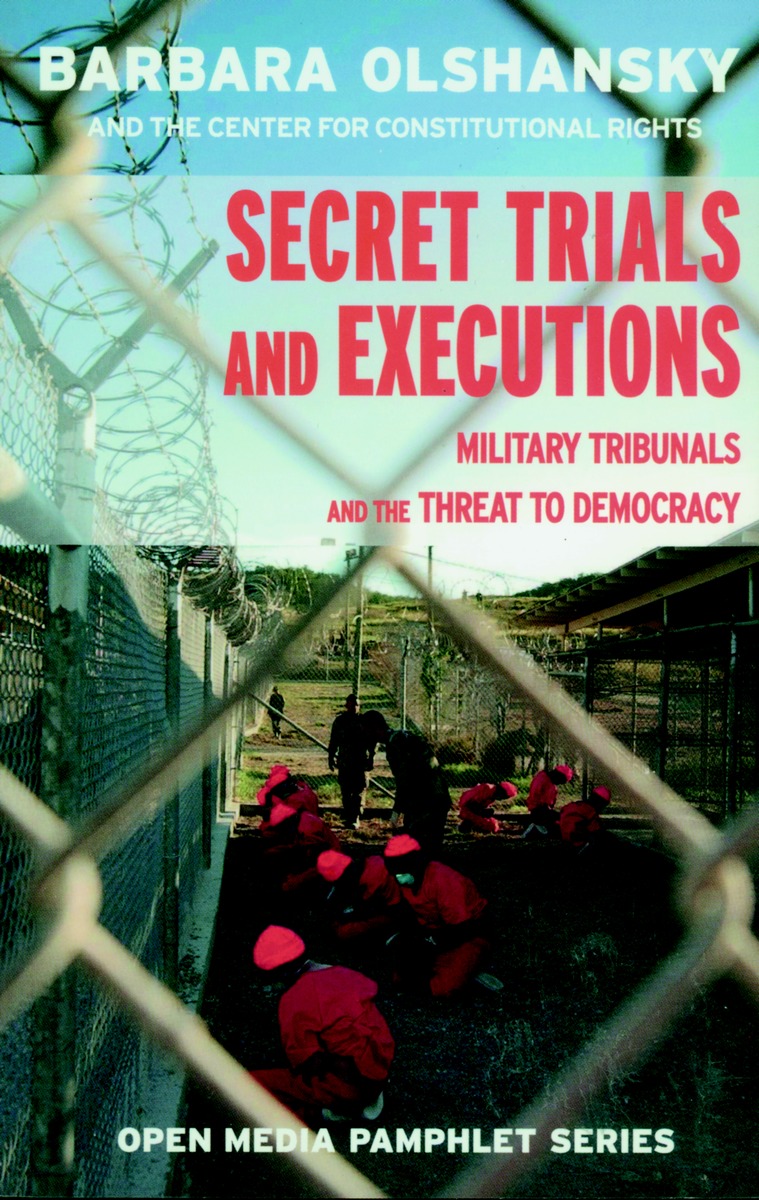 Since the attacks of September 11th, there has been a sweeping revision of U.S. immigration laws, foreign intelligence gathering operations, and domestic law enforcement procedures. While aimed at countering terrorism and bringing to justice those individuals who are responsible for carrying out acts of terror against the U.S., many of these measures also involve a profound curtailment of our constitutional rights and liberties. Among the most controversial of the new measures is the unprecedented order authorizing the creation of special military tribunals to try non-citizens suspected of terrorism.

Declaring an "extraordinary emergency," George Bush unilaterally signed the measure into existence on November 13, 2001. With a single swipe of his pen, President Bush replaced the democratic pillars of our legal system with that of a military commission system in which he, or his designee, is rule-maker, investigator, accuser, prosecutor, judge, jury, sentencing court, reviewing court, and jailer or executioner. This system is a radical departure from the key constitutional guarantees considered to be the heart of American democracy: the rights to a presumption of innocence, an independent judiciary, trial by jury, unanimous verdicts, public proceedings, due process, and appeals to higher courts. All of these safeguards against injustice are gone.

"The sadness and the sense of crisis that pervades the nation since September 11th is undeniable," writes Barbara Olshansky of the Center for Constitutional Rights. "This fact, however, does not justify even a partial repeal of the Bill of Rights, especially when such a repeal is unnecessary to protect the citizenry." In this Open Media Pamphlet Special Edition, Olshansky helps us step back for a moment to assess several of the Administration's recent policy pronouncements, and examine how the Constitution addresses the cardinal issues of military authority and the requirements of due process and equal protection under the law, and how the courts and Congress have defined the proper roles of the executive, legislative, and judicial branches in our federal government.

To provide a framework for this analysis, Olshansky looks at the history of military tribunals, whether the current situation warrants the type of forum proposed by the President, the official positions that our government has taken with regard to the use of military tribunals by other nations, the legal basis for the specific form of military tribunal that is established by the Military Order, what alternatives exist to bring to justice those who may be guilty of such crimes, what constitutional principles are at stake in this decision, and what the decision to use military tribunals will mean in terms of this country's credibility and moral authority in the international arena.

“Olshansky, who is Assistant Legal Director at New York's Center for Constitutional Rights, lays out a skillful argument which, point by point, shows how the "war on terrorism" at home amounts to a declaration of war on the Constitution itself … This small book in the Seven Stories Press "Open Pamphet" series is an indispensable wake-up call to defense attorneys who may still be laboring under the illusion that our criminal justice system remains more or less intact where American citizens are concerned. It should be clear after January 8 that a political earthquake has already occurred.”

Barbara Olshansky is the Leah Kaplan Distinguished Professor in Human Rights at Stanford University. Previously, she served as deputy legal director for the Center for Constitutional Rights (CCR) and director counsel of the Guantánamo Global Justice Initiative there. She was one of the lead attorneys in the landmark U.S. Supreme Court case that resulted in a decision allowing the nearly 600 detainees held at the Guantánamo Bay Naval Base in Cuba to challenge their unlawful indefinite detentions. Olshansky is the co-author of The Case for Impeachment: The Legal Argument for Removing George W. Bush from Office, among other titles, and the author of Secret Trials and Executions: Military Tribunals and the Threat to Democracy and Democracy Detained: Secret Unconstitutional Practices in the U.S. War on Terror. She lives in California.

Other books by Barbara Olshansky

by Nat Hentoff and Barbara Olshansky

America's Disappeared: Secret Imprisonment, Detainees, and the "War on Terror"

Against War With Iraq: An Anti-War Primer