Homeland Security and the Business of Immigration 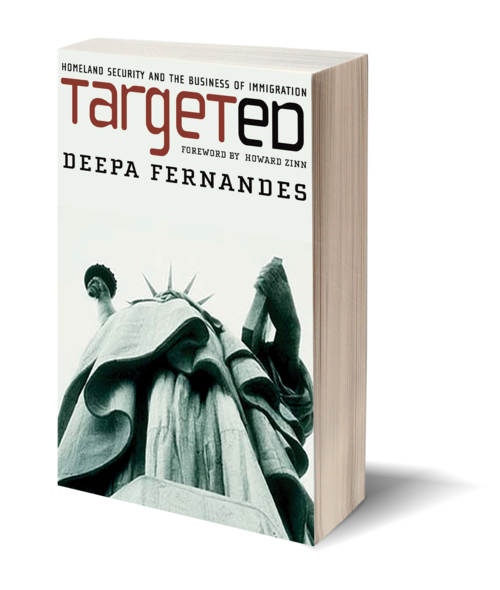 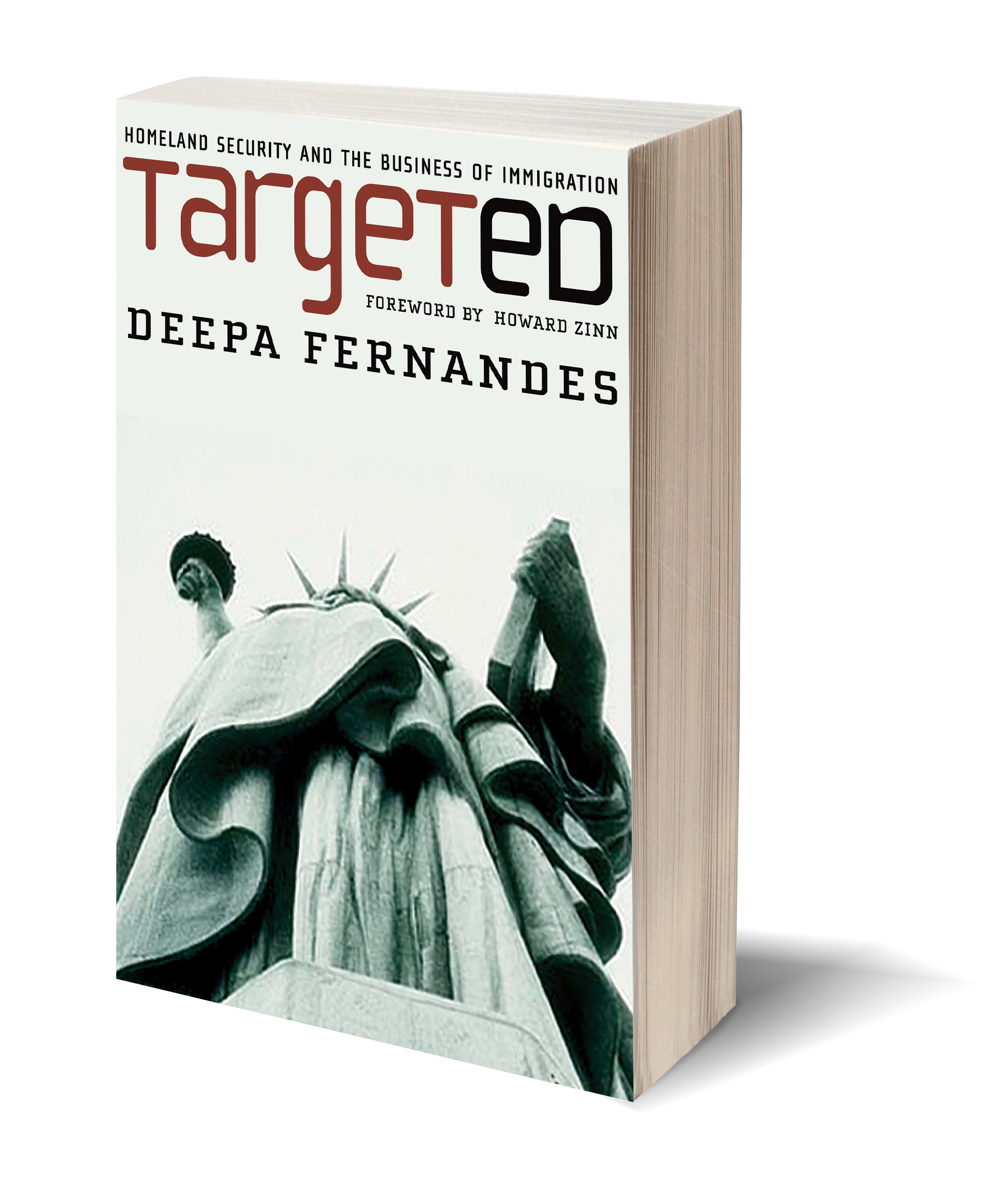 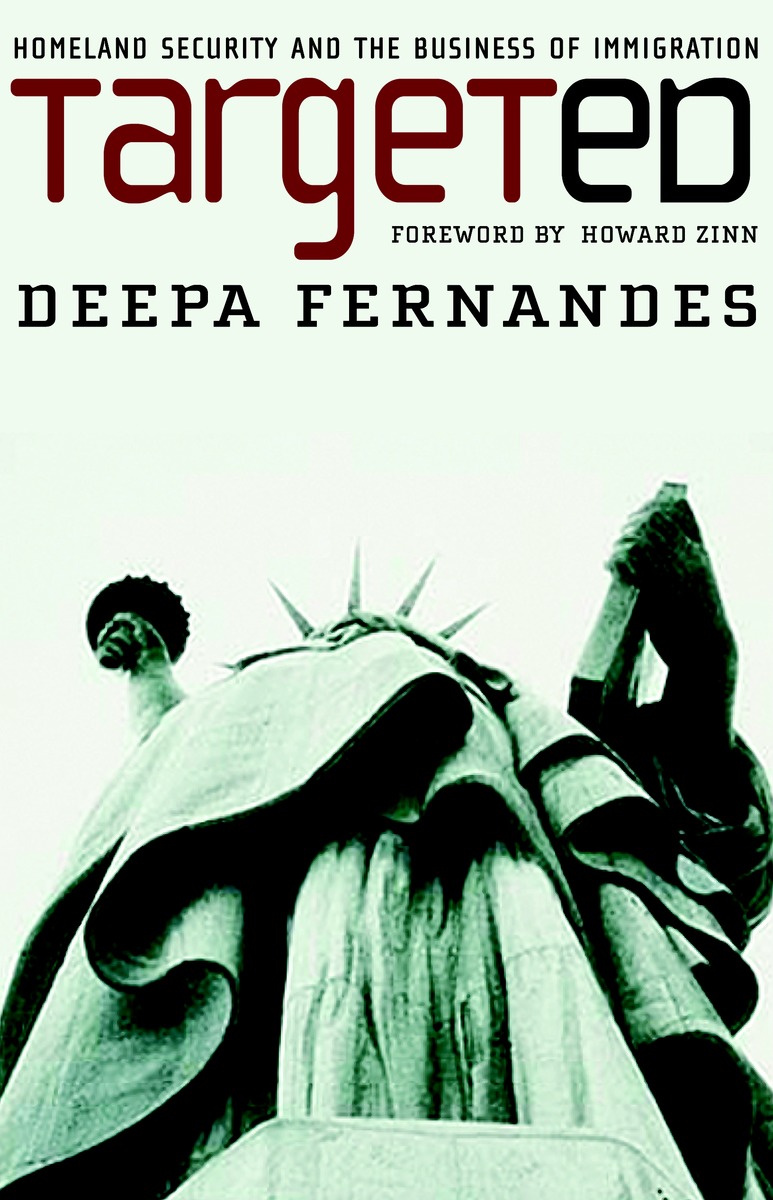 America has always portrayed itself as a country of immigrants, welcoming each year the millions seeking a new home or refuge in this land of plenty. Increasingly, instead of finding their dream, many encounter a nightmare—a country whose culture and legal system aggressively target and prosecute them.

In Targeted, journalist Deepa Fernandes seamlessly weaves together history, political analysis, and first-person narratives of those caught in the grips of the increasingly Kafkaesque U.S. Homeland Security system. She documents how in post-9/11 America immigrants have come to be deemed a national security threat.

Fernandes—herself an immigrant well-acquainted with U.S. immigration procedures—takes the reader on a harrowing journey inside the new American immigrant experience, a journey marked by militarized border zones, racist profiling, criminalization, detention and deportation. She argues that since 9/11, the U.S. has been carrying out a series of systematic changes to decades-old immigration policy that constitute a roll back of immigrant rights and a boon for businesses who are helping to enforce the crackdown on immigrants, creating a growing "Immigration Industrial Complex.” She also documents the bullet-to-ballot strategy of white supremacist elements that influence our new immigration legislation.

Maria is like tens of thousands of other desperate and impoverished parents who are forced by circumstances to gamble with their children’s lives.

“In Targeted, Deepa Fernandes exposes the immigration-industrial complex. She follows the money of the DHS-funded companies that profit, and tells the stories of the immigrants who ultimately pay. This well-researched book documents the perfect storm of white nationalist policy, corporate greed and the privatized war on terror. As an immigrant herself twice over, Fernandes writes movingly about the experiences of 'brown people in white countries,' and shows that when anyone is diminished, we all lose.”

“Deepa Fernandes has written a truly brilliant book. She goes to the heart of current U.S. immigration policy—a policy centered on criminalizing and policing black and brown bodies. But just as superexploited immigrant labor has been—and continues to be—the source of huge profits for U.S. capital, now the repressive apparatus created to police the border and those who cross over has become the latest capitalist dream. If we really want immigration policies geared toward social justice, we must read this book.”

“Deepa Fernandes has created a powerful text of stories, interviews, research, and facts to dramatize the inanity of a war the United States government is waging against the immigrant poor in the guise of fighting terrorism. Economic realities are forcing people to leave their homes for an uncertain, exploitative, and often deadly journey to this country. Targetedis a much-needed sobering look at what is really going on in the midst of anti-immigrant hysterics and jingoism emanating from the halls of Congress to the desert borderlands.”

“Immigrants are dying for jobs like cleaning our toilets. Hundreds suffocate every year in the Arizona desert. Recycled Halliburton air strips make up the wall. Thats the bottom line few recognize like Deepa Fernandes. She portrays not only the human dimension, but how an immigration-industrial complex profits at all our expense.” 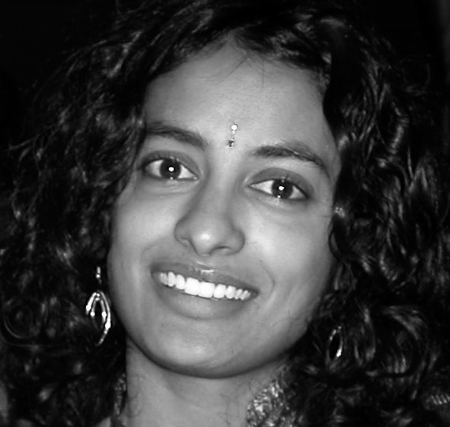 Deepa Fernandes is the former host of the popular morning show “Wakeup Call” on Pacifica radio station WBAI in New York City. Her award-winning radio features have aired on the BBC World Service and Public Radio International, and her writing has appeared in the Village Voice, In These Times, and the New York Amsterdam News. Her first book, Targeted, was the result of four years of research collecting narratives from immigrants as well as human rights groups, community organizers, and lawyers caught in the Kafkaesque web of the U.S. Homeland Security system. Fernandes lives in New York City.

Other books by Deepa Fernandes