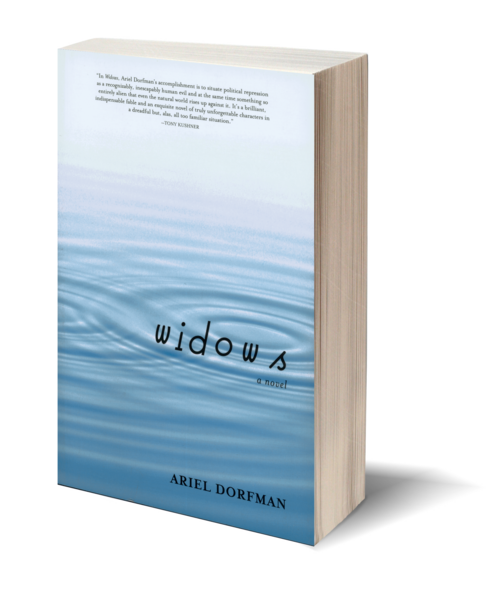 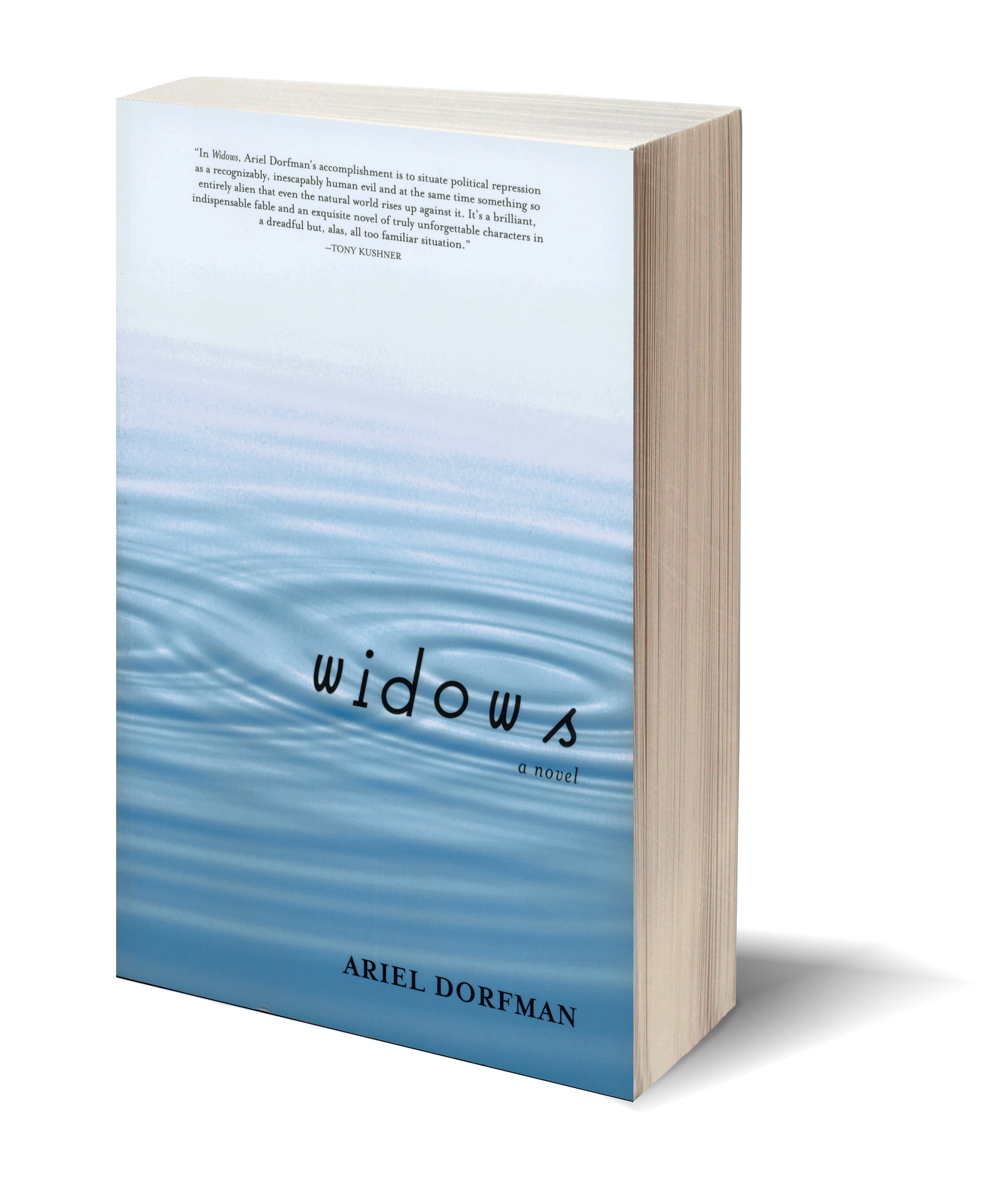 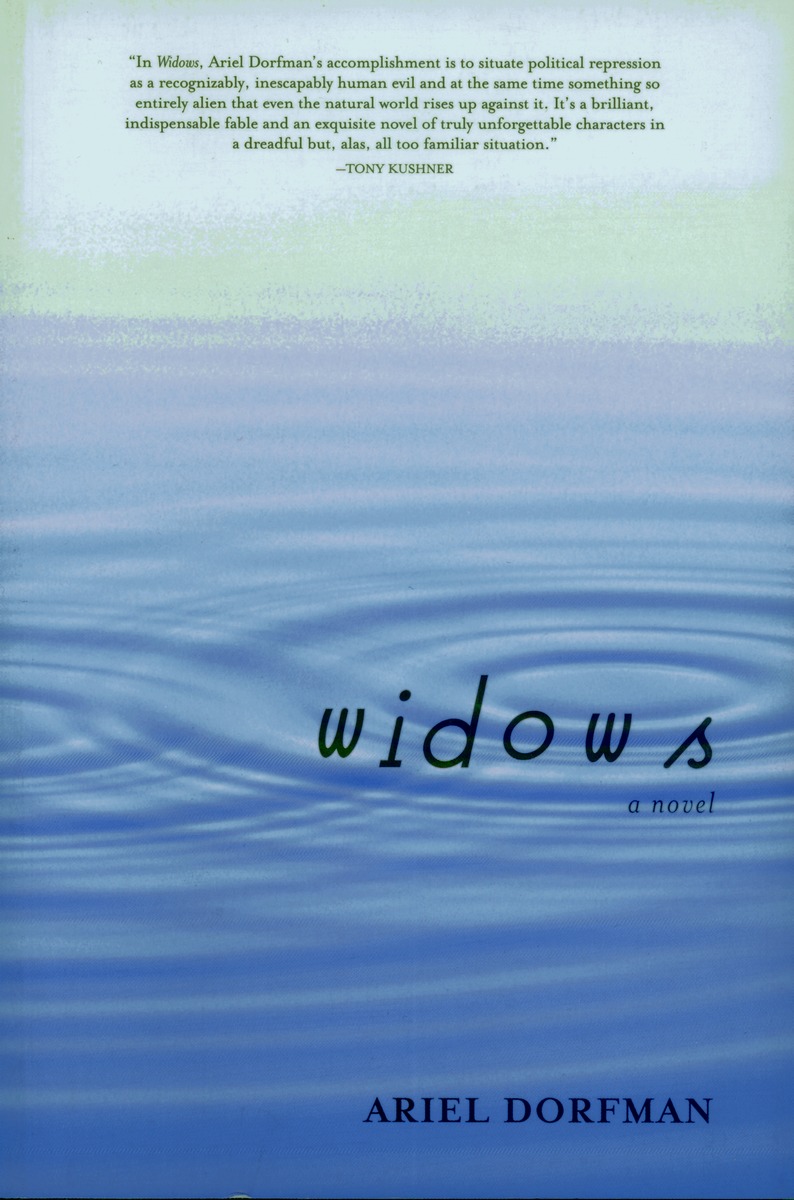 One by one, men’s bodies are washing up on the shore of a river that passes through town, where they are claimed by the local women as their missing husbands and fathers, even though the faces of the dead men are unrecognizable. A tug-of-war ensues between the local police, who insist that the women couldn’t possibly recognize their loved ones, and the women demanding the right to bury the bodies of their beloveds.

Set in a Greek village in 1942, here is Ariel Dorfman’s haunting and universal parable of individual courage in the face of political oppression. Widows is a testament to the countless people who are taken away for “questioning” and never return, and a tribute to those whose fierce defiance ensures the dead are not forgotten.

First published in 1983, Widows is one of Dorfman’s most popular and lasting books, a classic in the literature of social protest.

“The plot resounds with the moral thunder of classic … The reader, deeply touched, moves as if in a dream of outrage among its tombs of love.”

Does America Deserve to Survive?

Does America deserve to survive?

That's the question William Faulkner asked himself after the 1955 murder of Emmett Till, and that's the question Ariel Dorfman has found himself wondering in 2016, during his pilgrimage to Faulkner's hometown of Oxford, Mississippi.

So much and so little has changed, it seems to Dorfman, who pondered what Faulkner might have made of todays's America in a recent Atlantic essay. 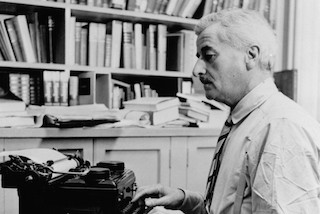 Of course there are many Americas, as Ariel Dorfman knows well, and likely there are some vantage points the cagey southern author and Dorfman would not share. But Dorfman understands well that Faulkner wouldn't have simply thumbed his nose at today's Trump supporters, as do so many 2016 intellectuals. "Faulkner would have understood," Dorfman writes, "the roots of the present disaffection of those people he cared for so much and the fear from which that disaffection derives, the feeling that they are trapped in a historical tide not of their making, their American dream gone berserk."

No one likes it when their dream convulses and dies. It may be, then, that if America is to survive, we'll have to invent another American dream, or another America. And the imaginative work of Ariel Dorfman is a great start.

Ariel Dorfman is considered to be one of “the greatest Latin American novelists” (Newsweek) and one of the United States’ most important cultural and political voices. A Chilean-American author born in Argentina, his numerous award-winning works of fiction, nonfiction and poetry have been published in more than fifty  languages. His play, Death and the Maiden, which has been performed in over one hundred countries, was made into a film by Roman Polanski. Among his works are the novels Widows, The Nanny and the Iceberg, Mascara and Konfidenz, and the memoirs Heading South, Looking Northand Feeding on Dreams. He recently published a collection of essays, Homeland Security Ate My Speech: Messages from the End of the World. He contributes to major papers worldwide, including frequent comments in The New York Times, The Nation and the New York Review of Books. His stories have appeared in The New Yorker, the Atlantic, Harper’s, Playboy, Index on Censorship and many other magazines and journals. A prominent human rights activist, he lives with his wife Angélica in Chile and Durham, North Carolina, where he is the Walter Hines Page Emeritus Professor of Literature at Duke University.

Manifesto for Another World: Voices from Beyond the Dark