The Story of Hurry 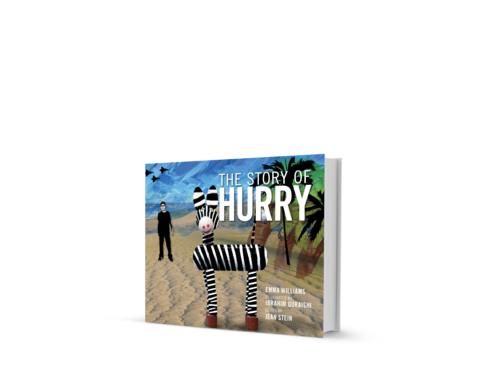 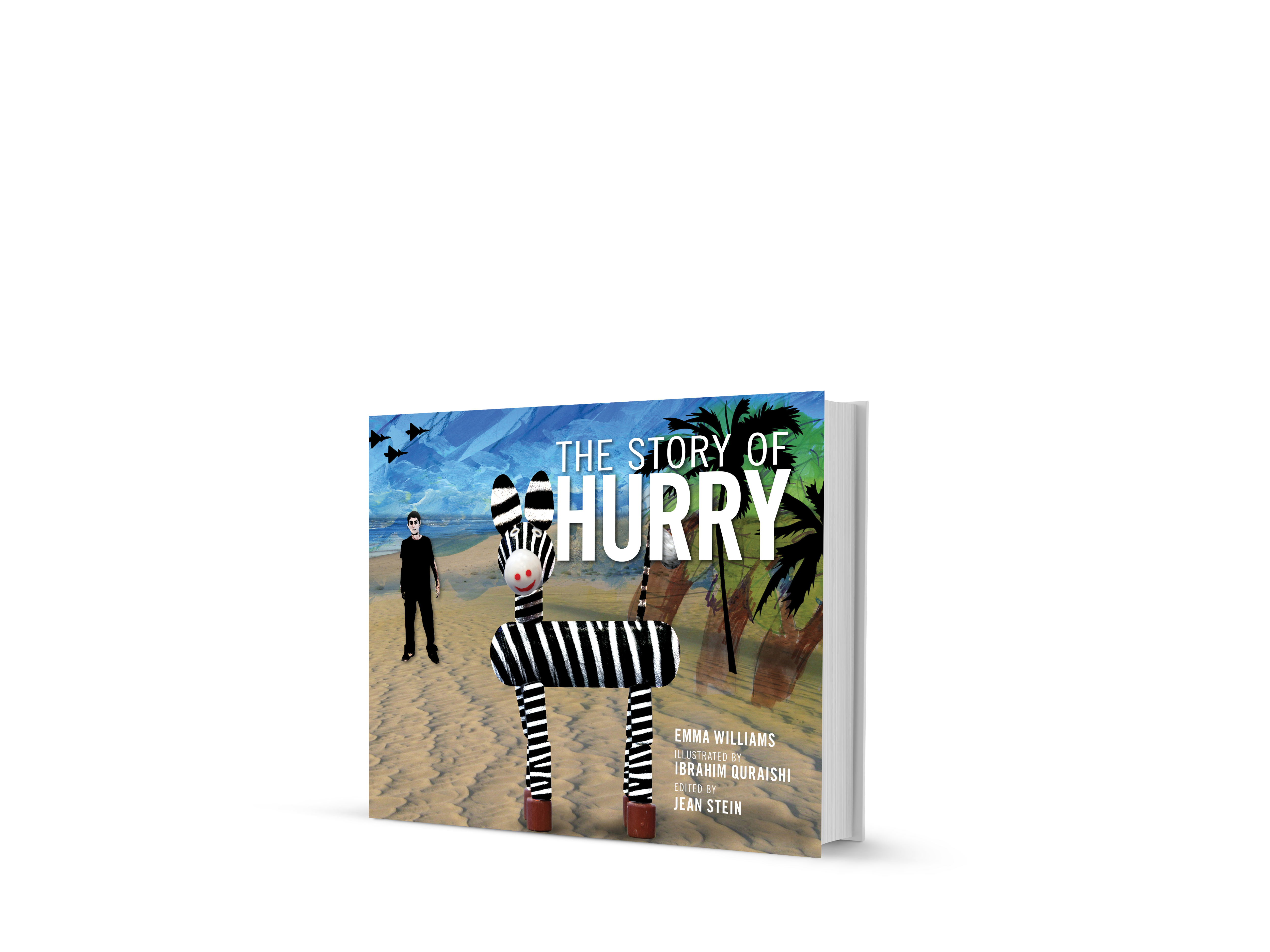 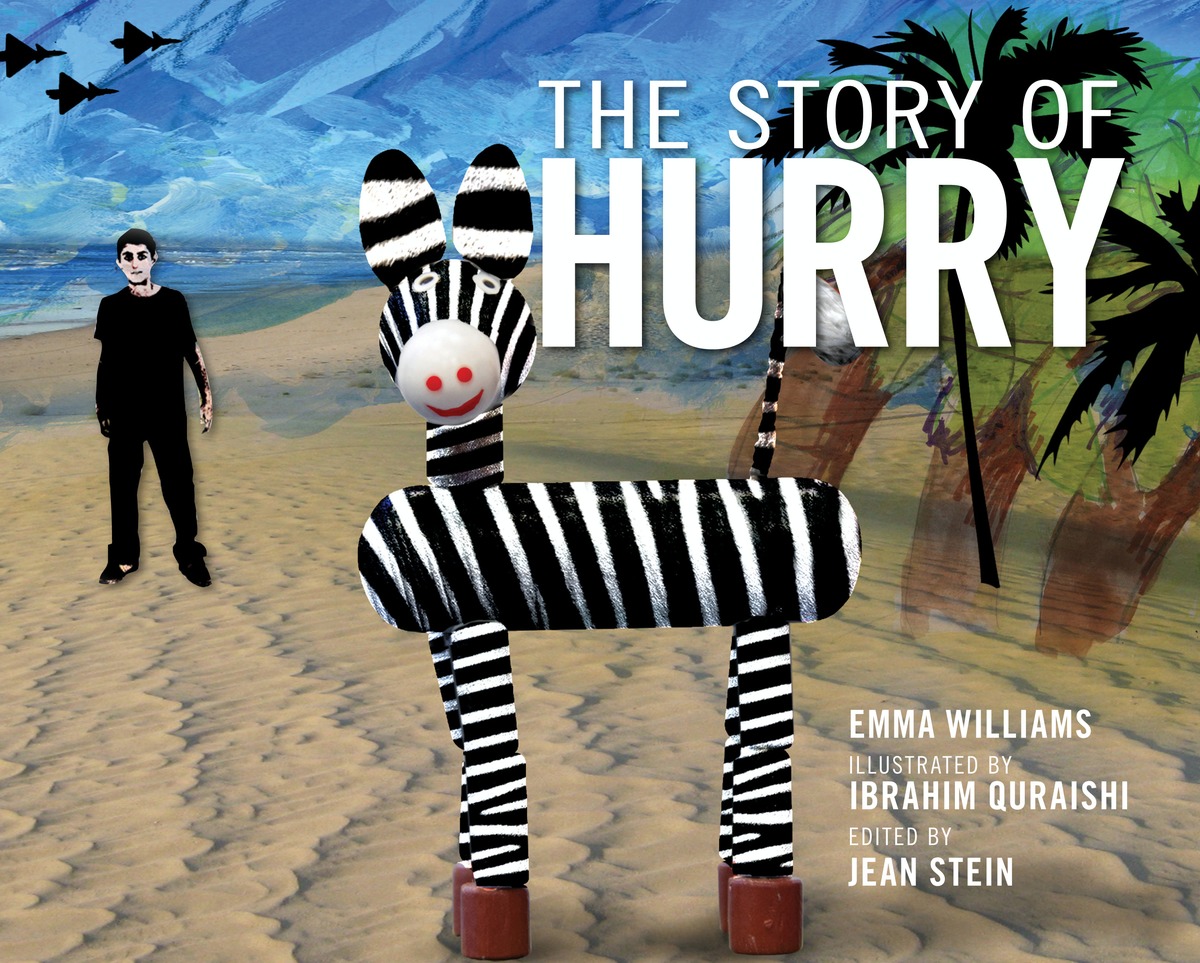 Not since Monroe Leaf’s beloved The Story of Ferdinand—a simple anti-war story about animals that became a world classic—has there been such a gentle, compelling book about animals and war.

In Hurry, author Emma Williams and illustrator Ibrahim Quraishi have created a book for today that is as provocative—and as soothing—as Ferdinand continues to be. Hurry tells the story of a donkey who witnesses the sadness and suffering and fear of children in occupied Gaza, and who helps them the only way he can: by turning into a zebra with the help of a zookeeper, his best friend, and some paint, so that these children can taste the freedom of traveling in their imaginations to far-off places. The book includes an appendix with text and photos that describes the true events on which the story is based. But it is the story itself as told by Emma Williams, together with the wry and playful illustrations of Ibrahim Quraishi, that gives us the clairvoyance of children to see the world in which we live, with all its wonder and pathos, more clearly than countless fact-finding missions, political tracts or political analyses.

The Story of Hurry Emma Williams

Radicalize the Kid's TableGlobal Kid LitStand Up For What's Right!

“Between traditional folk tales and grim news coverage, there is a gap for families who feel their children should not be sheltered from the realities that Palestinian youth face, but also reject the missionary narrative that would paint them purely as victims. Hurry is a story of challenges and creative resistance that is both fantastical and grounded.”

– Innosanto Nagara, author of A is for Activist

“A powerful anti-war story in a modern setting.” 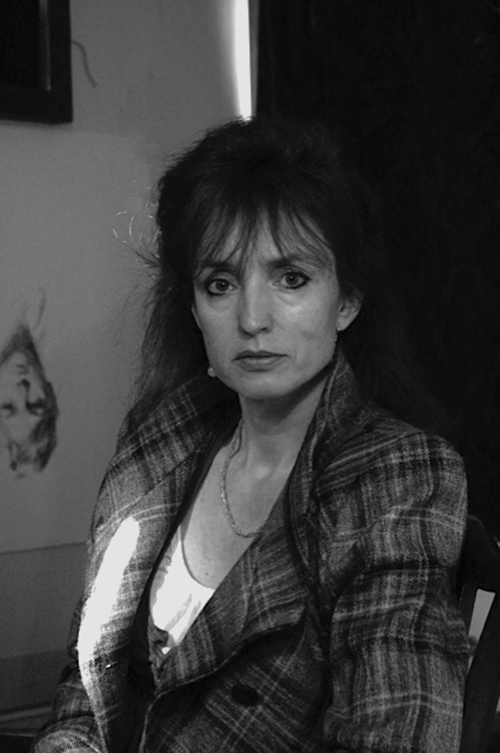 A doctor and journalist who has worked in Britain, Pakistan, Afghanistan, South Africa, Jerusalem, and New York, EMMA WILLIAMS studied history at Oxford University and medicine at London University. She has written for several publications about Palestinian-Israeli affairs and was a correspondent for the Spectator from 2000-2003. Her memoir of living in Jerusalem during the Second Intifada, It's Easier to Reach Heaven than the End of the Street, came out in 2006. Williams currently lives in New York City.