Memoir of a Visionary Artist on Death Row

by William A. Noguera 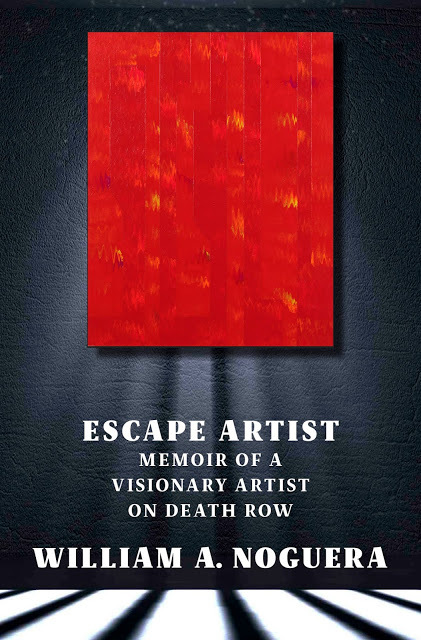 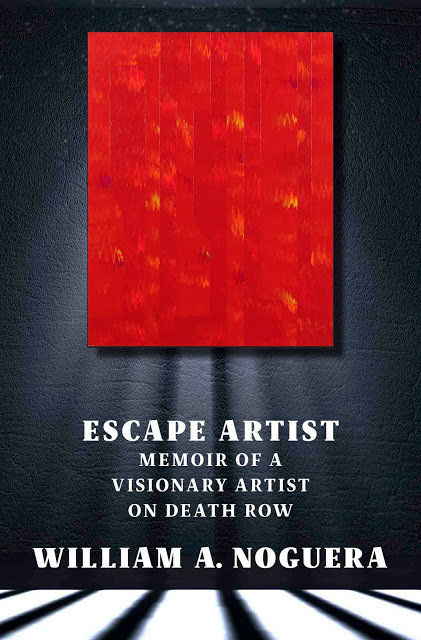 Foreword by Walter A. Pavlo, Jr.

William A. Noguera has spent 34 years at the notorious San Quentin Prison, home to the nation’s largest and deadliest death row. Each day, men plot against you and your life rests on a razor’s edge. In Escape Artist: Memoir of a Visionary Artist on Death Row, he describes his personal growth as a man and artist and shares his insights into daily life and the fight to survive in the underworld of prison culture.

After being sentenced to death, he arrived at San Quentin Prison and was thrown into a rat-infested cell—it was there that he discovered the key to his escape: art. Over the next three decades, Noguera rebelled against conventional prison behavior, and instead forged the code he lives by today—accepting responsibility for his actions, and a self-imposed discipline of rehabilitation. In the process, he has explored his capacity to bring focus and clarity to his artistic vision.

An unexpected transcendent moment occurred while Noguera lay face down in the prison yard as guards fired shots at two men locked in battle. He realized the prisoners around him, their lives and experiences behind these walls, possessed significant worth.

Escape Artist exposes the violence, politics and everyday existence within the underbelly of society that is prison life. Noguera’s story includes having been an abused child and a victim of racial discrimination and bullying. Ultimately, these challenges led him to the martial arts—and the lethal unknown side effects of Roid-Rage Syndrome caused by steroid use.

In an unprecedented narrative, Noguera reveals the emotional and heart-wrenching loss that landed him on death row and the journey he has taken to become an award-winning artist, speaker, and author, a tale of one man’s transformation through tragedy.

“[A] gripping insight into an unimaginable life . . . . The sensitivity with which Noguera writes about his art and emotional state is juxtaposed with his descriptions of the violence he witnesses, and perpetrates, among fellow inmates."”

“The book is a chilling look through the eyes of a man who has nothing to lose in this life except going to his grave without being understood. Noguera is a gifted storyteller whose story is not only valuable, but must be told.”

“...An inmate in a brutal, violent climate for more than 30 years and never formally trained as a painter or writer, [William A. Noguera] nonetheless produces expressive, award-winning art that is astonishing, as is the clarity and well-crafted technique of his literary voice.”

“William Noguera’s road from “the world” to San Quentin prison was a hard one. Even harder was life in the confines of the prison for 34 years, on death row, awaiting his end. But that life brought him to a realization about the value of life and he turned to art to express his new-found ideas, insights and feelings. Now an award-winning artist and speaker, as well as author, he wants to share the story of his move from roid-rage, caused by his use of steroids, to the life a new life – found where he expected his physical life to end. This is an insightful, encouraging autobiography that explains much and asks some hard questions about our system of justice and what it means to be a criminal.”

“This Memoir is rich with sincere storytelling. It is inspiring to know after reading that even in the harsh and unforgiving place like prison, it is possible for someone to produce such a creative expression. His art goes beyond the physical bars and expresses themes that represent his experiences and ideas. Readers will finds that William A. Noguera is not only an award-winning visual Artist; he is also a model of compassion and generosity.”

“William A. Noguera is proof that the arts transcend the worst hells on earth. I’ve been saying this all my life. And I’m not the only one. This book begs the question—can we become more humane, more human, in face of the inhumanity around us? Noguera did, confronting his traumas and the pain he caused others, facing death and choosing life.” 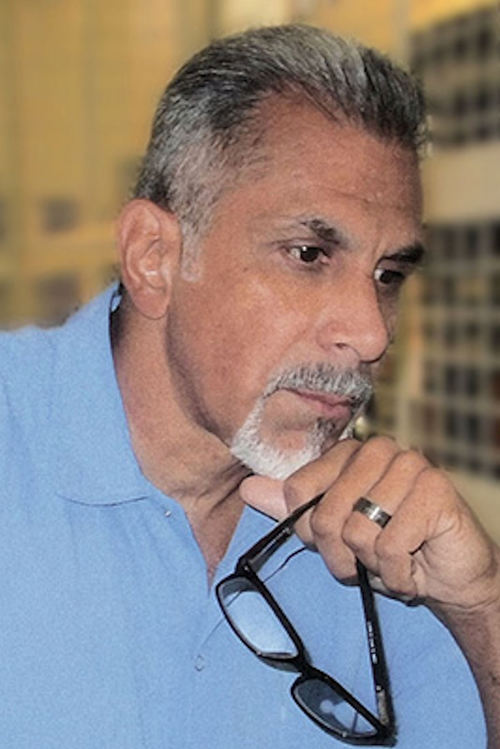 As an award-winning artist, author and speaker, William A. Noguera has gained international attention and received accolades for his photographic hyper-realistic ink compositions, profound mixed-media paintings, hybridized abstract expressionism and neo-constructivist wall sculptures—exhibiting in Paris, New York and San Francisco. Noguera has been the subject of over 35 articles in such publications as Forbes, The New York Times, The San Francisco Chronicle, and BOOM! A Journal of California. Besides being an artist and lecturer, Noguera is a former Hapkido Middle-Weight Champion.

Since writing his memoir, Noguera has aspired to help others through lectures at MBA programs and as a radio guest speaker, concentrating on prevention and intervention. Noguera’s inspiration is simple: pay his debt to society by creating art for charitable causes and encouraging others, and writing and speaking about what it takes to make progressive self-change and the continuous effort that is required for someone to have a positive influence on others. Noguera’s talks share an eye-opening, thought-provoking narrative on the realities of wrongdoing, prison life, ethical responsibility, prison gangs, their culture, the ramifications of destructive behavior, and the rewards of constructive rehabilitation.

More on William A. Noguera