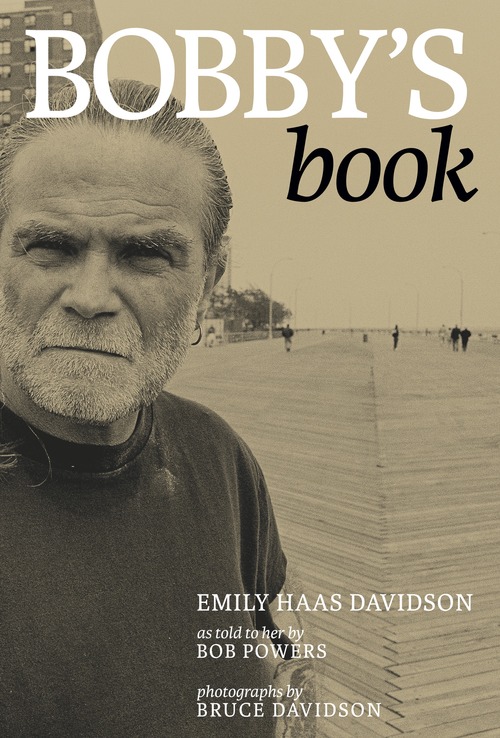 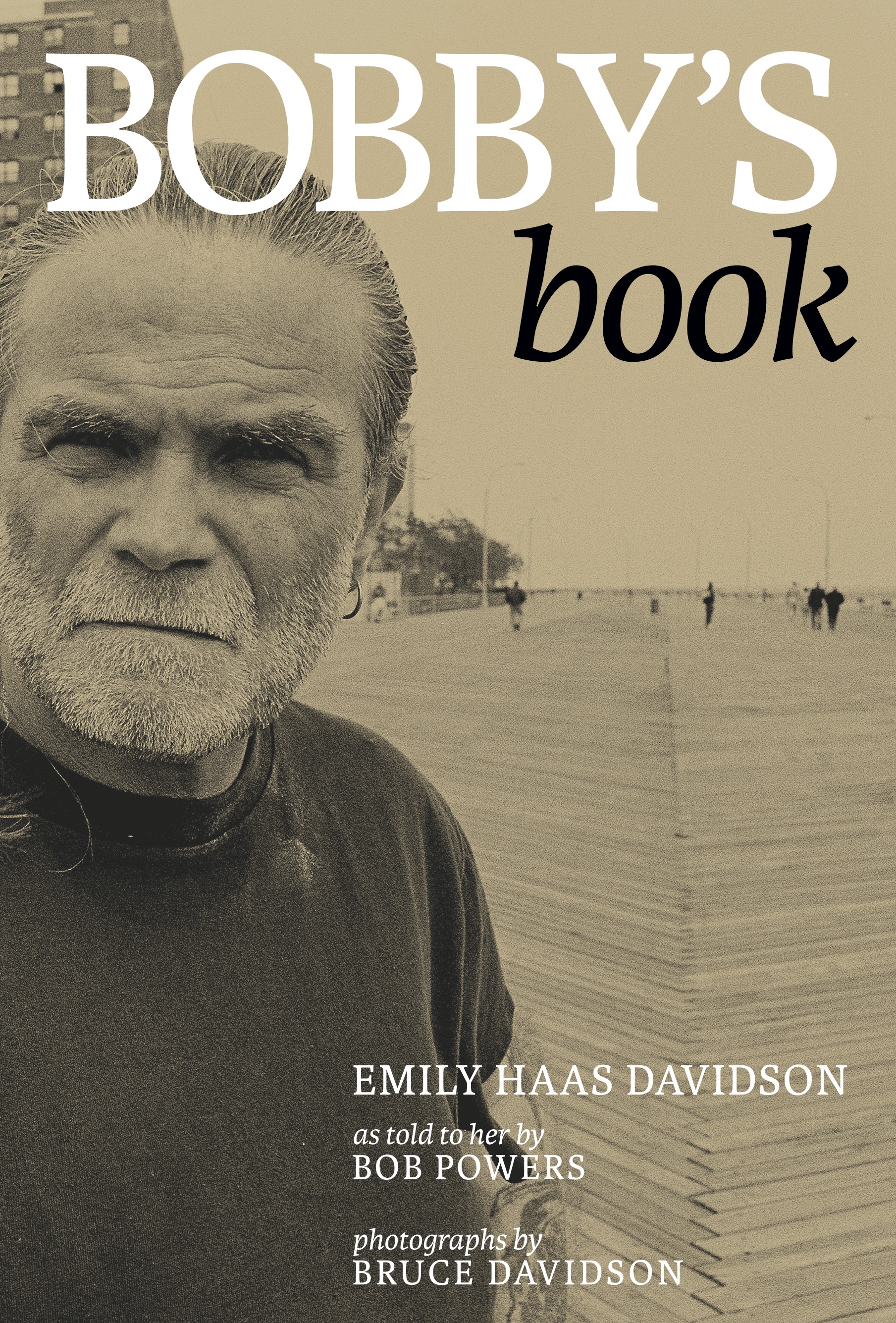 "Bobby Powers is a real life character out of a Nelson Algren or Hubert Selby novel, only he somehow survived and figured out since the only way left to go was up, he might as well try it."—Barry Gifford

In 1998, at the very moment that a publisher had approached Bruce Davidson about a book of his 1959 Brooklyn Gang photographs, former gang leader Bobby Powers unexpectedly telephoned the Davidsons. Over the next decade, Emily Davidson maintained an ongoing conversation with Powers in order to bring to light his struggle to overcome his drug-ridden and violent past and to inspire others with his example.

Through the words and reflections of the former drug addict and petty criminal, Bobby's Book relates the long, agonizing journey from youthful urban violence and despair to the life of a committed and generous professional. Beginning in a working-class Brooklyn neighborhood in the mid 1950s where alcohol abuse and poverty were rampant, Bobby Powers went from being an illiterate gang leader and notorious drug dealer to a destroyed individual who had lost everything, including family members, close friends, and himself, all presented in his own words and in grim detail in this book. At a critical turning point in his life, recognizing the threat of his behaviors to survival, he entered detox and embarked on the arduous path to recovery and self-understanding. This process involved not only acknowledging and coming to terms with the injuries he had inflicted on his children and others, but also asking for their forgiveness.

Having achieved a new way of life as a responsible and caring adult, Bobby Powers is today, at 69, a nationally respected drug addiction counselor who has aided a wide spectrum of people, including former gang members. His story represents a brutal and inspiring lesson in human frailty, degradation, and transformation.

EMILY HAAS DAVIDSON was born and grew up in Kansas City, Missouri. After graduating from Bard College with a degree in history, she studied acting in London and performed with the Arena Theater in Washington, DC. In 1967 she married Bruce Davidson and traded life on the stage to work as a photographer's collaborator. She is the author of Bobby's Book, the result of years of conversation with former gang leader and drug addict Bobby Powers.