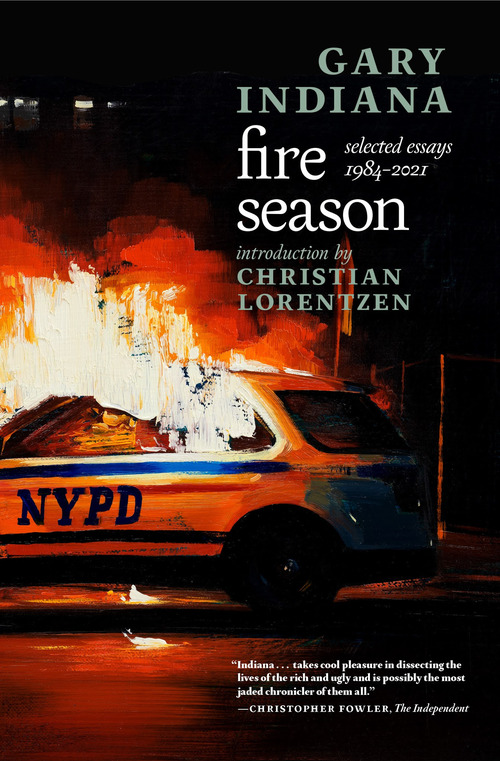 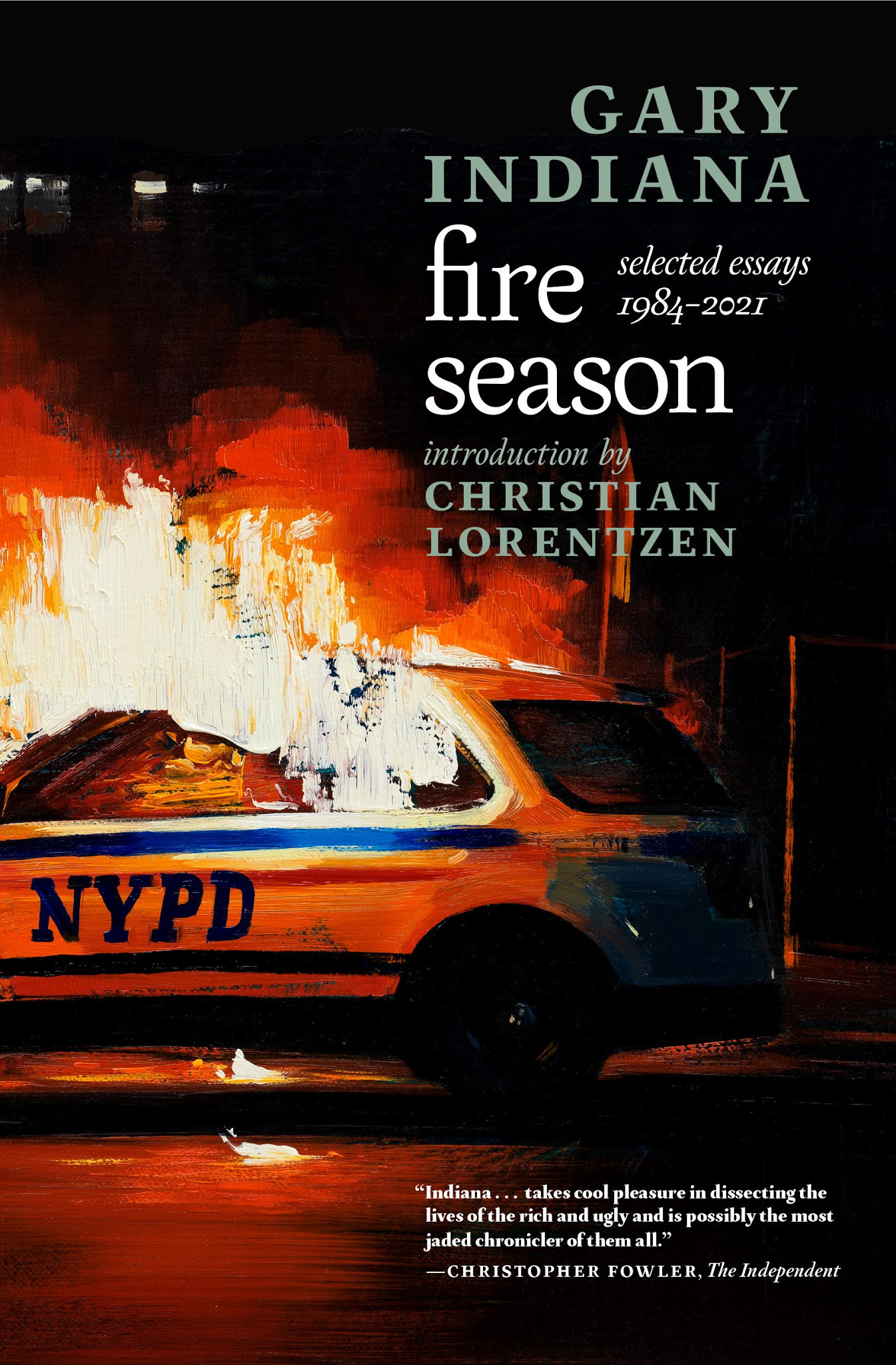 “One of the most important chroniclers of the modern psyche.” —The Guardian

Whether he’s describing Tracy Emin or Warhol, the films of Barbet Schroeder (“Schroeder is well aware that life is not a narrative; that we impose form on the movements of chance, contingency, and impulse....”) or the installations of Barbara Kruger (“Kruger compresses the telling exchanges of lived experience that betray how skewed our lives are…”), Indiana is never just describing. His writing is refreshing, erudite, joyful.

Indiana champions shining examples of literary and artistic merit regardless of whether the individual artist or writer is famous; asserts a standard of care and tradition that has nothing to do with the ivory tower establishment; is unafraid to deliver the coup de grâce when someone needs to say the emperor has no clothes; speaks in the same breath—in the same discerning, insolent, eloquent way—about high art and pop culture. Few writers could get away with saying the things Gary Indiana does. And when the writing is this good, it’s also political, plus it’s a riot of fun on the page.

Here is Gary Indiana on Euro Disney resort park in Marne-la-Valée outside of Paris:

John Berger compares the art of Disney to that of Francis Bacon. He says that the same essential horror lurks in both, and that it springs from the viewer’s imagining: There is nothing else. Even as a child, I understood how unbearable it would be to be trapped inside a cartoon frame.

“It requires no genius to be disgusted with our culture these days, but Gary Indiana expresses his own disdain with a rare intelligence. The essays collected in FIRE SEASON: Selected Essays 1984-2021 are erudite, discomforting and often caustic — and almost always spot on, which is a little sad because they tell us such ugly true things. . . . Indiana’s views penetrate so far beyond the usual pabulum that it requires a bit of moral courage to read them, and a dark sense of humor would also help. “Up close, Bill Clinton looks like he’s covered in fresh fetal tissue,” he observes in his essay on the 1992 presidential campaign. Whether Indiana’s voice is disturbing or hilarious depends largely on the reader’s relationship to sarcasm. Either way, “Fire Season” immortalizes a peerless voice, one that describes a falling floor that may never find its bottom.”

“Since 1987, Indiana has published novels, nonfiction, plays, short stories — all with an unmistakable, sardonic voice embedded in the text…”

“One of the most important chroniclers of the modern psyche.”

“Verbal artistry is in plentiful supply in this spirited collection of 39 essays in which critic Indiana trains his eye on major court cases, politics, and pop culture. “Northern Exposure” is a look at the 1992 New Hampshire presidential primaries in which Indiana eviscerates the personae and platforms of Bill Clinton and Pat Buchanan (the latter summed up as a “belligerent turd at the podium with his socks falling down”) and notes Sen. Tom Harkin’s silent nonresponse to an anti-Semitic comment: “I cannot imagine Mario Cuomo or Jay Rockefeller letting such remarks just sit there in the room, just to grub a couple of votes.” “Murdering the Dead” takes down Steven Hodel’s argument in his bestselling Black Dahlia Avenger that his father killed Elizabeth Short: “It isn’t nice to drag a lot of famous dead people into your family muck.” Each entry is marked by vivid imagery and the author’s scathing, eloquent wit: “There is acid in everything Indiana writes, but it is of the sort that acts as a purifying agent,” Christian Lorentzen writes in the introduction, adding, “His essays are humane to the core.” Trenchant and thought-provoking, this is a great look at a gifted writer’s mind.”

“Even if you don’t agree with him, the iconic Gary Indiana is always worth your time. This collection of his essays contains, as the publisher puts it 'sometimes bitchy, always generous, erudite, and joyful assessments from the last thirty-five years of cutting-edge film, art, and literature.' Sounds about right.”

“One peril of being a ‘bad boy’ writer is the possibility of becoming a parody of yourself. The very label renders danger into cuteness and threat into spectacle. European and Latin American authors still play the part, prompting kerfuffles among their publics. Yet, in the US, where dangerous prose might induce a cut in federal arts funding but rarely anything less punitive, Gary Indiana is one of our few surviving provocateurs.”

“Few writers are as keenly alive to absurdity or write with as sharp a pen as Gary Indiana, whose new essay collection, Fire Season, spans almost forty years of stellar criticism. . . . It’s enormously pleasurable to revisit his brilliant mind.”

“A triumphant collection . . . Indiana is a lapidary wielding a straight razor”

“It’s hard to think of another living critic who has hated and loathed so much, and with so much swagger, for so long. . . . His prose is a machine for annihilating clichés.”

“Gary Indiana is the most wicked chronicler of the modern psyche; an unsparing and sardonic, always nailing voice from high art to pop culture, Barbra Kruger’s art to EuroDisney. He mines mundanity to find human complexity and drills into the dark and dramatic to present reason.”

“Indiana’s greatness rests partly on his ability to fling aside the sheer curtains partitioning love from hate and extract a superior pleasure from their mixture.”

“Fire Season, an eclectic new selection of thirty-nine essays from 1984 to 2021, spans my own, give or take a few months on either end. It makes a compelling case that the window on American democracy closed sometime before I became a teenager: between Bill Clinton’s surprising second-place finish in the New Hampshire primary on 18 February 1992 and the opening of the assisted suicide trial of Dr. Jack Kevorkian on 20 April 1994. In that period, Indiana filed five pieces for the Voice – ‘Northern Exposures’, ‘Disneyland Burns’, ‘Town of the Living Dead’, ‘LA Plays Itself’ and ‘Tough Love and Carbon Monoxide in Detroit’ – that deserve to be regarded as classics of cultural reportage and travel writing. When paired with the more recent art, film and book reviews collected in Fire Season, they connect, as Christian Lorentzen writes in his introduction, ‘the twentieth and twenty-first centuries in ways readers and critics are only beginning to apprehend” 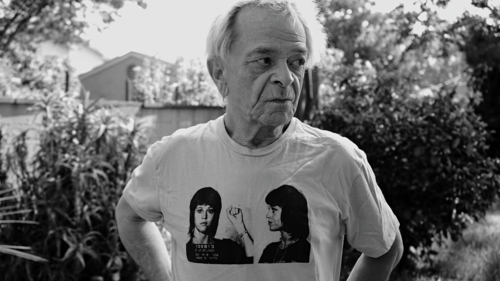 GARY INDIANA is a novelist and critic who has chronicled the despair and hysteria of America in the late twentieth century. From Horse Crazy (1989), a tale of feverish love set against the backdrop of downtown New York amid the AIDS epidemic, to Do Everything in the Dark (2003), "a desolate frieze of New York's aging bohemians" (n+1), Indiana's novels mix horror and bathos, grim social commentary with passages of tenderest, frailest desire. With 1997's Resentment: A Comedy, Indiana began his true crime trilogy, following up with Three Month Fever: The Andrew Cunanan Story (1999) and Depraved Indifference (2002). Together, the three novels show the most vicious crimes in our nation's history to be only American pathologies personified. In 2015, Indiana published his acclaimed anti-memoir, I Can Give You Anything But Love and later the novel Gone Tomorrow. Called one of "the most brilliant critics writing in America today" by the London Review of Books, "the punk poet and pillar of lower-Manhattan society" by Jamaica Kincaid, and "one of the most important chroniclers of the modern psyche" by the Guardian, Gary Indiana remains both inimitable and impossible to pin down.

Other books by Gary Indiana 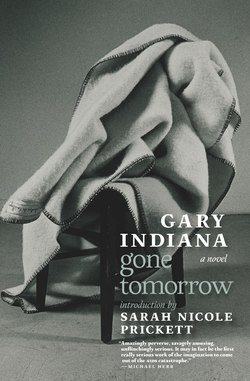